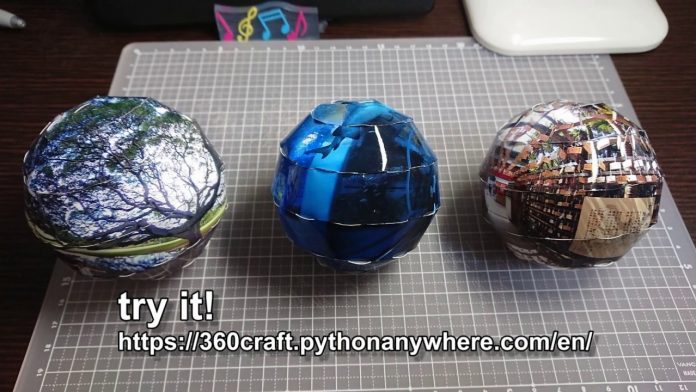 
Have you ever wanted to print your 360 photos as a sphere?  There are services that do it, such as Scandy but they are not cheap.  Takayuki Sasaki has created a clever website that will enable you print a 360 photo sphere for free.  Here’s how to use it:

The post How to print 360 photos as a sphere (free app) appeared first on 360 Rumors.