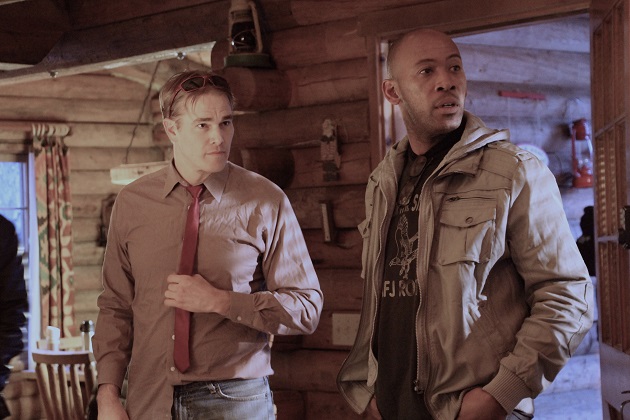 As the recent Sundance Film Festival is testament to, filmmakers are exploring the new possibilities virtual reality (VR) storytelling can provide. This May fans of horror movies and VR will be able to experience a new immersive film from writer-director Joston “El Rey” Theney and award-winning 2D, 3D and VR studio Radiant Images.

The Tale of Two Faces will be bringing together two of horror’s most identifiable and iconic villains to the same killing grounds. Scream’s “Ghostface” and “Leatherface” from the Texas Chainsaw Massacre. The pair will be going head to head as part of a planned 6-part series of VR projects from #SinningWorks and Theney. The Tale of Two Faces will star singer Emii and former “Baywatch” star Angelica Bridges.

Radiant Images, whose credits include the Ron Howard film In The Heart of The Sea, The 33 and Southpaw has teamed up with streaming specialists VRLIVE, to provide a device-agnostic premiere of the film on Friday 13th, May 2016. The Tale of Two Faces will be available to stream for free on VRLIVE.com via iPhone, iPad, Desktop, PlayStation, Tablet, Android, and many more. There’s also a VRLIVE app for iOS and Android devices.

VRFocus will continue to follow any further updates to The Tale of Two Faces, reporting back with the latest announcements.

The post Horror Icons Come Together for VR Film ‘The Tale of Two Faces’ appeared first on VRFocus.