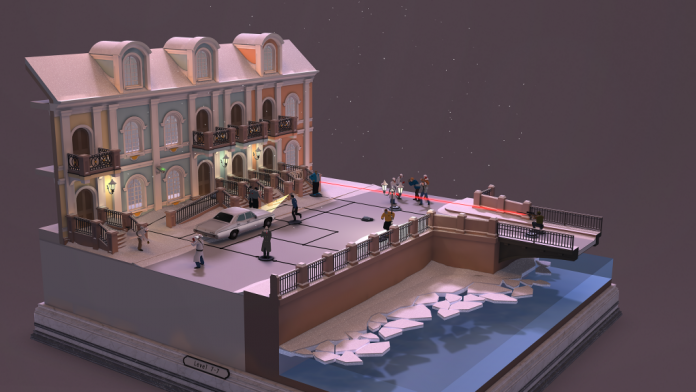 Hitman GO: VR Edition features all 91 levels, including all content updates – Opera, Airport and St Petersburg boxes – meaning there’s no in app purchases to be made. Players can head to the Oculus Store for Gear VR where the title costs $7.99 USD/£5.99 GBP, and on Oculus Home for Oculus Rift the videogame is priced at $9.99.

“Following Hitman GO’s successful release on mobile, PlayStation 4, PlayStation Vite and Steam, the VR release feels like a natural progression of the title,” said Patrick Naud, Head of Studio at Square Enix Montreal. ” By embracing this new platform, we can provide gamers with a richer level of interaction with Hitman GO’s beautiful board game aesthetics and physicality at a level of immersion we’ve never been able to achieve before.”

VRFocus will continue its coverage of Square Enix’s VR projects, reporting back on any further announcements.