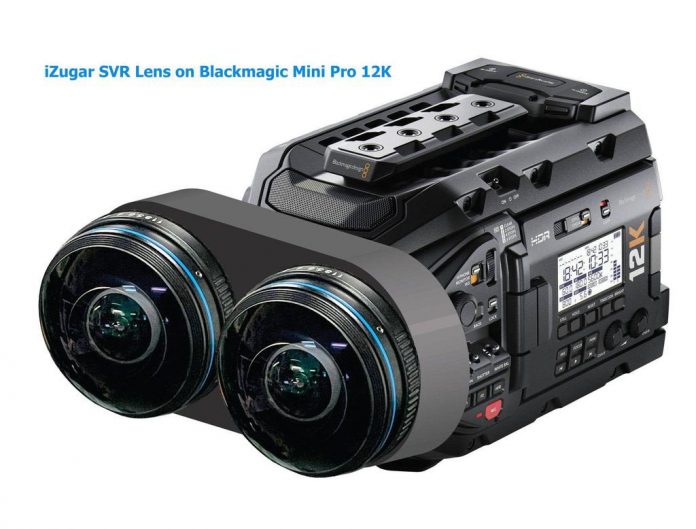 
Studios will soon be able to create high resolution VR180 videos with a much easier workflow with the upcoming iZugar SVR VR180 lens.   With this setup, you can get video as high as 11K 60fps or 8K 120fps.

The SVR will enable the capture of a dual fisheye VR180 video on the same sensor, which  can solve many headaches, such as easier control, syncing the audio and video, and consistency of white balance and exposure.  “An almost 2:1 sensor for two fisheye can have much higher utilization rate than usual 16:9 or 4:3 sensors for fisheye. It can be compatible with Blackmagic Mini Pro 12K, Red Komodo 6K, ZCam F8, and Sony A1. The color science and codec of these professional cameras shall be more reliable and editor friendly,” says iZugar CEO KC Lai.

Price and availability have not yet been announced.