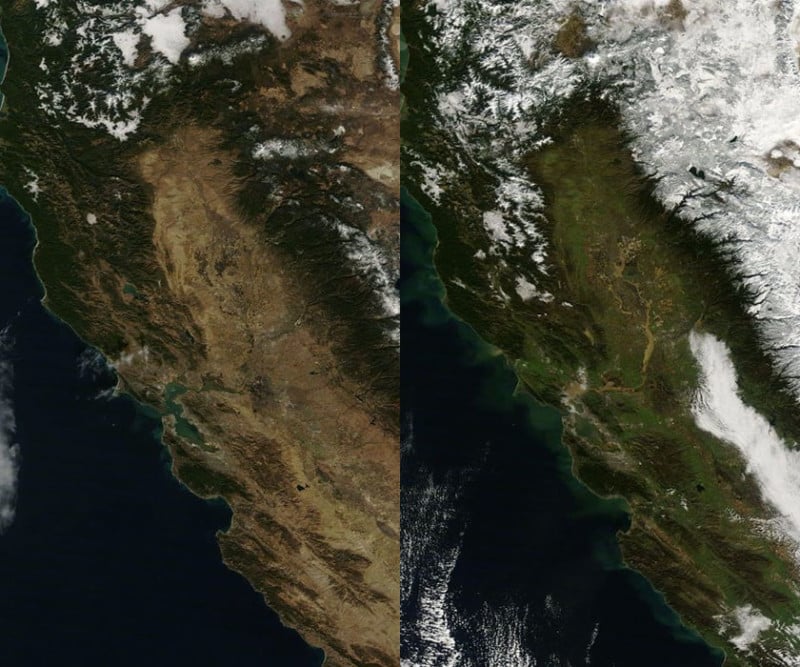 After years of serious drought, California appears to be on the road to recovery. The state experienced its driest years on record between 2011 and 2014, but rains and snow have brought new life to the region since then, and this can be seen in NASA’s satellite photos.

In 2014, the brown central valley was experiencing severe drought, and not much snow could be seen on the Sierra Nevada mountain range — a serious issue, because snowpack provides 1/3 of the water used annually by California’s cities and farms. 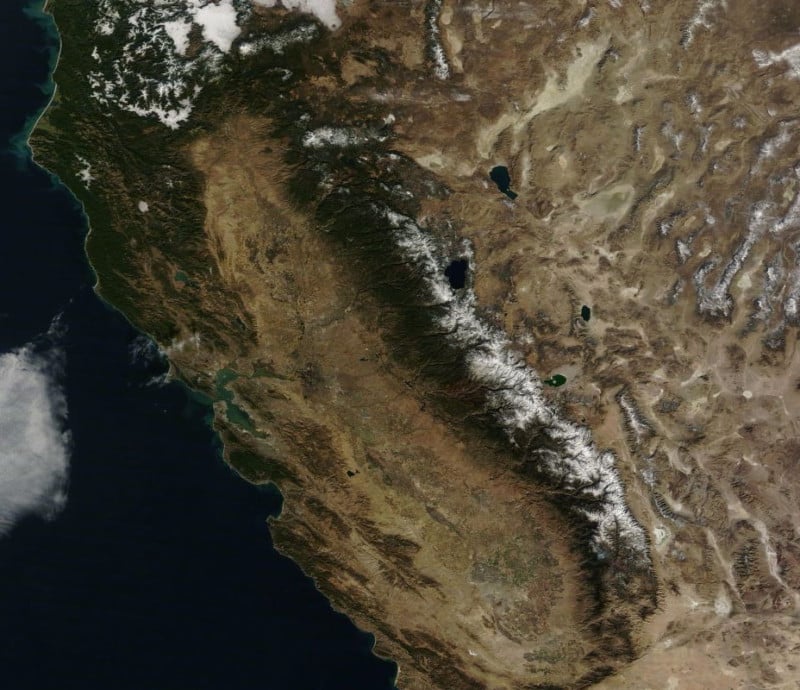 In 2017, we see green returning to most areas of the valley and the mountain range to the right covered with snow. 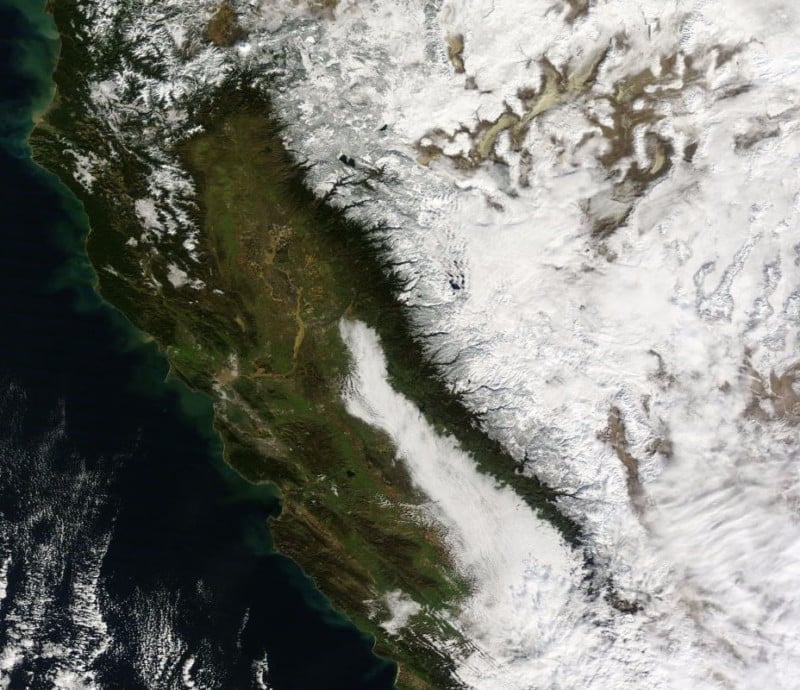 Here’s what the same views look like in drought maps put out by the National Drought Mitigation Center: 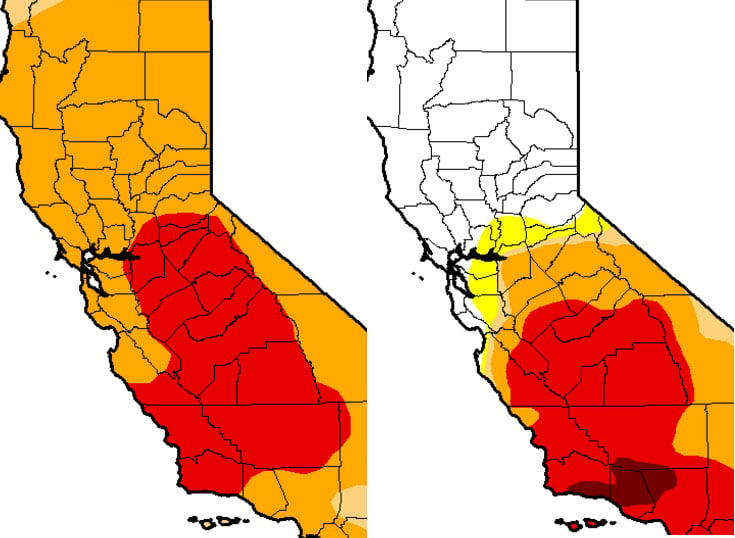 You can browse satellite views of the Earth over time for yourself by visiting NASA’s Worldview website.