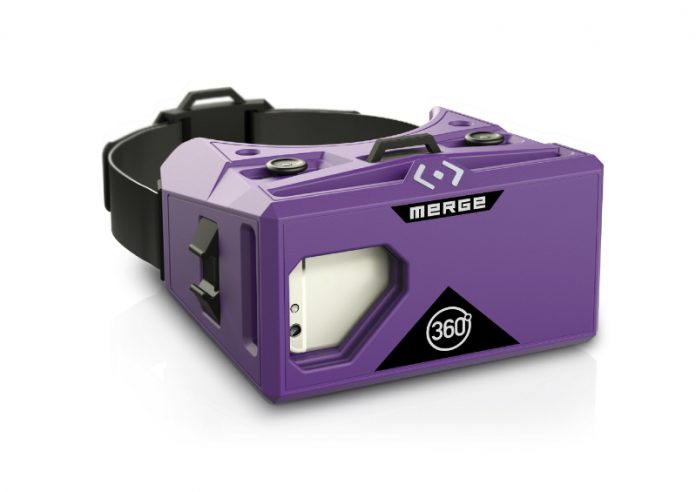 The first virtual reality (VR) head-mounted display (HMD) to hit a major videogame retailer isn’t the Oculus Rift. It isn’t even PlayStation VR, HTC Vive or Gear VR. It is in fact Merge, a new mobile-based device due to release in the UK this week through none other than GAME. As with most HMDs that don’t carry the Samsung branding, it’s tempting to throw this upcoming device in with the growing pile of soulless smartphone holders. But give Merge the chance and it will make a strong first impression, perhaps showing signs of better days ahead for the mobile VR industry.

You notice something different the moment you lay your hands on Merge. Though soft and comfortable, the polyurethane foam that makes up the device is unlike any other material used for VR hardware. Whereas Google Cardboard will bite into your face before eventually falling to pieces, this feels like something that could be worn for hours without causing so much as an itch or creating any rips on the kit itself. It’s also light and even features a separate piece on the front of the device that can simply be poked out to reveal the smartphone’s camera but fits in firmly when not in use.

Perhaps the most appreciated aspect of Merge’s design is the slot at the top of the kit, which users insert their smartphone into. Again, the material holds any compatible device in place without any worry of it slipping and ruining focus. Once it’s been put on, two triggers at the top can side left and right to easily adjust the lenses inside, allowing any user to find the sweet spot in terms of interpupillary distance (IPD).

These triggers also house Merge’s most promising feature – dual input. When this was announced a few months ago, it wasn’t immediately obvious how VR would benefit from this solution, but getting to sample it in your own hands proves to be a revelation. You could introduce alternate fire modes into a first-person shooter (FPS), for example, or add jumping/crouching into a videogame which already has its primary input taken up by running. Pressing both buttons in together also opens up potential for other actions. 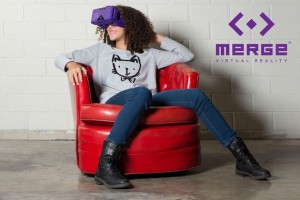 This could mean big things for mobile VR apps beyond what’s available on the Gear VR store. Currently most Google Cardboard compatible experiences rely on gaze-based interaction if they have any form of control at all, and it’s not a great solution for many titles. With Merge, developers have the chance to create more comprehensive, traditional videogames for a platform that’s sorely lacking them.

There’s also promise for the future. Merge has a motion controller on the way that could open up the mobile VR space even further, and is also looking into AR applictions. Of course, there are still the limitations of mobile VR itself to consider but, if you’re interested in sampling the tech and don’t have a Samsung phone (or do but want an alternative to Gear VR), Merge looks to be the ideal venue.

At £49.99 GBP – a little over double what you might expect to pay for a good Google Cardboard kit – Merge VR certainly seems worthy of consideration. It finds a comfortable middle ground between those DIY kits that can only accommodate basic experiences and the high-end mobile VR represented by Gear VR and the support it gets from both Oculus VR and Samsung. In the grand scheme of all things VR it may simply be a footnote, especially considering the competition it’s up against, but it’s certainly an encouraging step forward for mobile VR. If you’re thinking of getting a new Google Cardboard, then Merge looks to be well worth the upgrade.

The post Hands-on with Merge VR – Finding a Middle Ground Between Google and Gear appeared first on VRFocus.