This is painful to watch. After spending all day setting up and preparing to capture a smokestack demolition for her newspaper, Reading Eagle staff photographer Susan L. Angstadt was horrendously, tragically, epically photobombed by a guy with an iPhone during the moment of truth.

Last Friday afternoon, the smokestacks of the former Armorcast factory in Birdsboro, PA were demolished. It was a momentous occasion, at least regionally, given the history behind this factory, which once built tanks during WWII.

Like a good photographer Angstadt showed up way early to set up her gear. “I sat there from 9:45 until 3pm, waiting for the stacks to be demolished,” she tells PetaPixel. “I told the crowd of people (politely) that I was shooting for the newspaper and to not bump into or stand in front of the camera I had set up on a tripod.”

She did everything right: showed up early, talked to people there, she even set up her gear down low in case debris came flying. None of that could stand in the way of the world’s best (or is it worst?) timed photobomb. 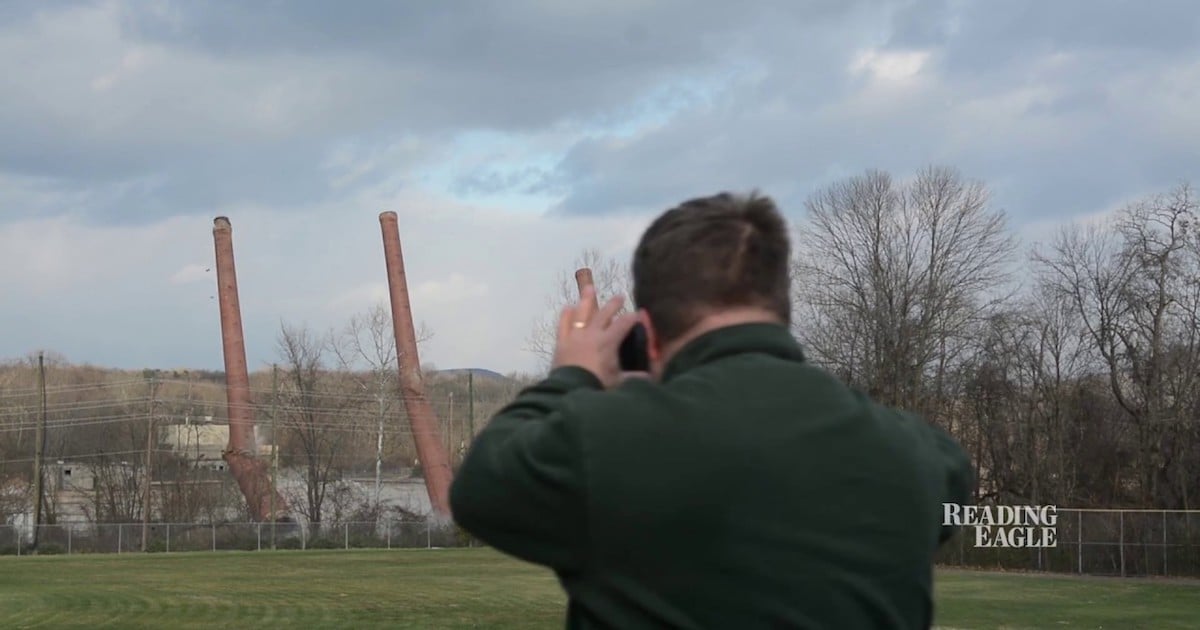 When we spoke to Susan about the incident, she was in surprisingly humorous spirits but could still remember how mad the situation made her in the moment.

“I was dumbfounded to say the least!” she told us. “In the measly 7 seconds I had to shoot a video and take some stills I had no time to adjust for a man running diagonally down a hill in front of me shooting a running iPhone video. I was furious at first, but now when I watch the video I nearly shriek with laughter!”

For our part, we’re more likely to cringe than laugh, but we’re glad to hear Susan is able to look back on the photobomb and chuckle.