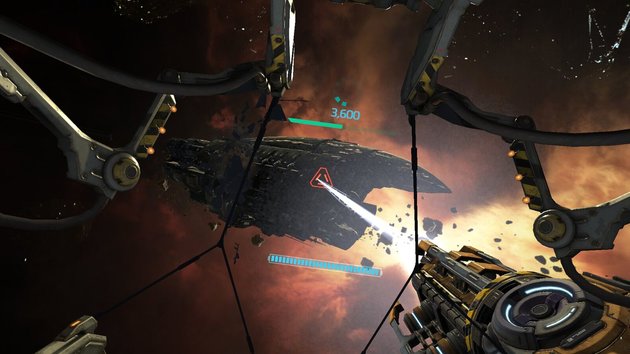 When the consumer version of the Samsung Gear VR head-mounted display (HMD) officially launched in November there were a handful of videogames available for the headset. One of them was CCP Games’ Gunjack which has received a wealth of positive reviews since then. Now for a limited time only Gear VR owners who haven’t purchased the title can do so at a discounted rate.

Set in the EVE Online science-fiction universe and built exclusively for virtual reality (VR), Gunjack is a fast-paced arcade shooting experience in which the player has to fight through waves of enemy ships. Aiming is carried out using Gear VR’s head-tracking technology and players can tap the Gear VR’s on-board touchpad to fire their weapons. The title features weapon powerups as the enemies increase in number and in scale.

VRFocus will continue its coverage of Gear VR offers, reporting back with the latest additions.