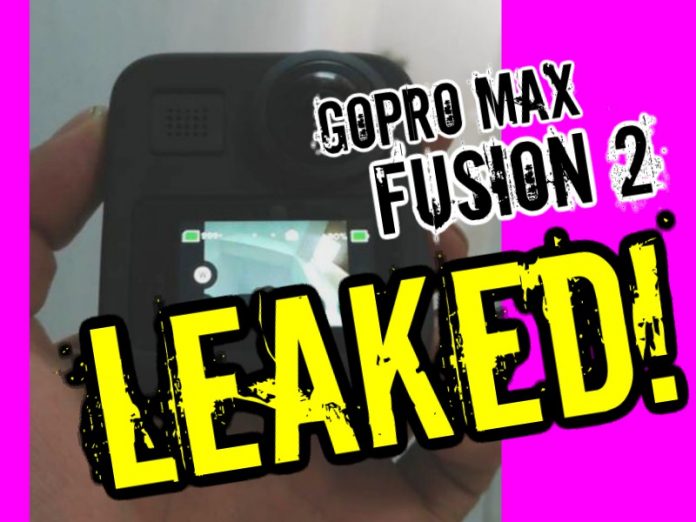 
Here are two leaked videos of the next GoPro Fusion called GoPro Max in action, which confirms several of its features and its resolution!  I’ve been saying for a long time that the next version of the Fusion is real.  Now actual photos and videos of the new version of the GoPro Fusion, called GoPro Max, have leaked!   Here are the leaked videos, new photos, and confirmed resolution and features.

Based on the photos leaked by PhotoRumors, I predicted 7 features of the GoPro Max:

New leaked photos appeared from Winfuture on September 12.  The photos appear to confirm several features that I predicted (see below).  Thanks again to 360 Tips & Tricks for bringing these to my attention!

Finally, an anonymous source provided me with videos of the GoPro Max in action, which further confirmed the features I predicted (see below).

GoPro has now revealed that it will be announcing its new products on October 1, 2019 (including the Max).

The GoPro Max looks very similar to the Fusion, with an offset lens design.  The biggest difference is the addition of a large screen.  The question is, why not keep the current screen?  This is because the screen will be a touchscreen, which will make it easier to adjust the settings without being connected to the phone.  9/16/19 UPDATE:  CONFIRMED in the leaked video.

Second, the larger screen will be used not just to change settings as in the current Fusion, but will also be able to review photos and videos.  Until now, almost all 360 cameras have not had a preview screen.  But I’ve used a couple of 360 cameras with the preview screen (Acer Holo 360 and Pilot Era) and I think it is very convenient. 9/16/19 UPDATE:  CONFIRMED in the leaked video.

Third, this implies another feature: realtime stitching or at the very least realtime preview.  This is a feature I’ve been predicting ever since the first Fusion 2 rumors appeared.   Mr. Woodman has previously discussed some of the features of the next GoPro Fusion.  In an interview with PC Magazine, Mr. Woodman said he wants it to be as easy to use as a regular GoPro.   9/16/19 UPDATE:  CONFIRMED in the leaked video.

I believe that the large screen increases the probability that GoPro Max will have realtime stitching capabilities.   Short of that, it might have realtime preview (as in the One X, which does not stitch in realtime, but can show a stitched and stabilized preview of the photo or video in realtime).  9/16/19 UPDATE:  PARTIALLY CONFIRMED in the leaked video.  The leaked video shows it has a stabilized preview.  It remains to be seen whether Max will have actual realtime stabilization (i.e., the video will be stabilized with no postprocessing).

Fourth, Mr. Woodman has hinted that the next Fusion will focus on overcapture rather than 360, and will be designed for ease of use.  I believe that the Max will be able to automatically create overcapture video from a 360 video.  9/16/19 UPDATE:  CONFIRMED in the leaked video.   The leaked video shows that there is a camera mode called “Hero”.  It implies that there are other camera modes, most likely including a 360 mode.

Fifth, another unusual characteristic is that the photos show a somewhat protruding lens.  I believe this means it is a replaceable lens.  This is a feature that many people have been asking for in a 360 camera.  While a few cameras have had it, the ones that had it (Virb 360, Orbit 360, Keymission 360, and to some extent the original Samsung Gear 360, etc.) were plagued by excessive glare.  I think GoPro wouldn’t add a replaceable lens unless they have solved the glare problem.  So I’m optimistic that glare will be well controlled.  9/12/19 UPDATE: the new leaked photos seem to confirm that the lenses are indeed replaceable, or a protective lens can be placed over them.

Sixth, there are holes on the front, back, and side of the camera.  I’m not sure what these are.  Since there are three of them, they might be microphones for spatial audio.  They might also be for cooling the camera, but I’m wondering if that wouldn’t compromise the waterproof capability.

Seventh, there is only a single Micro SD card.  This limits the bitrate at which it can record.  I believe this means that the video resolution will not be higher than the Fusion.  As for video quality, the single Micro SD card could become a bottleneck but if the Max uses UHS-II or uses H.265, it may be able to record a higher equivalent bitrate compared to the Fusion.

GoPro said that it would be launching the GoPro Max on October 1, 2019.