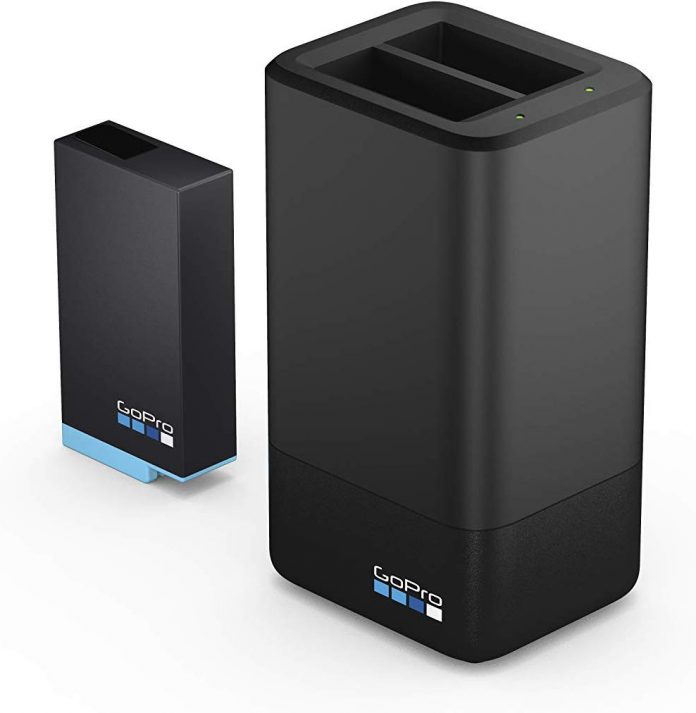 
If you are getting the GoPro MAX (previewed here), you absolutely should get the extra battery and charger. Here’s why.

GoPro MAX is the new 360 camera from GoPro.  It is the first 360 camera to feature realtime stitching with stabilization and an automatic overcapture (non-360) mode.

It is also one of the first 360 cameras to feature a full color LCD touchscreen, which is very convenient, but will almost certainly drain the battery faster.  In addition, the MAX’s battery is only 1600 mAh, around 40% less compared to that of its predecessor, the GoPro Fusion, which had a 2620 mAh battery.

What this means is that yes, you absolutely should get an extra battery ($29).  But wait — one more thing you should know is that the MAX’s USB port is inside its battery compartment.  That means you might not be able to charge the MAX while using it.  For that reason, I recommend getting the GoPro MAX charger ($69) instead, which includes an extra battery and can charge two batteries at the same time.  I have an external charger for my Insta360 One X and I’ve found it to be absolutely indispensable.

The post GoPro MAX battery is a must-have; where to buy appeared first on 360 Rumors.