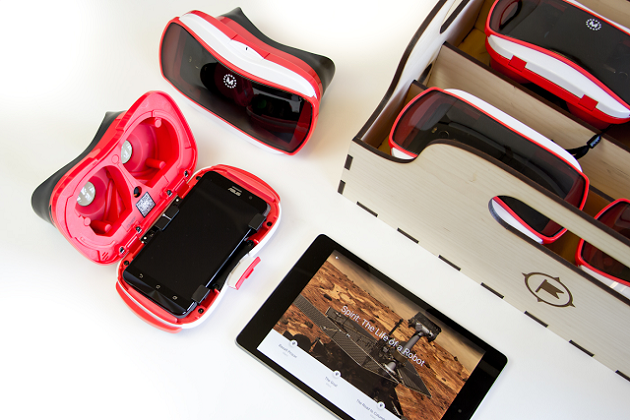 Google’s virtual reality (VR) simulation system Expeditions, which uses images from Google Street View alongside 3D imagery from a 16 camera system built by GoPro to create 360 degree immersive experiences, has so far been used by 100,000 students in the US. The company has now announced it’ll be expanding the Expeditions Pioneer Program to 15 new cities in a blog post this week.

Google will be bringing the program to 12 US cities, Alexandria, Baltimore, Cincinnati, Detroit, Indianapolis, Las Vegas, New Orleans, Orlando, Phoenix, Portland, Salt Lake City and Washington DC. Then the tech giant will also be adding three new countries: Canada, where it’ll be in Toronto, as well as Denmark and Singapore.

Partnering with Subaru to bring the Pioneer Program to schools in each of the regions. Schools get an Expeditions kit, with everything they need for an immersive adventure: ASUS smartphones, a tablet for the teacher, a router and viewers that turn phones into VR headsets. Some kits include Mattel’s new View-Master VR headset, others include Google Cardboard. Teachers can choose from more than 120 tours of places such as Antarctica, the Acropolis or the Borneo Rainforest – and the list keeps growing as Google works with content partners to create more.

“Teachers were amazed at the things they could do and the places they could see with their students,” said Michelle Guzman, a special education teacher at Dartmouth Middle School in San Jose, California. “Several are continuing lessons that developed from the field trip they experienced. I know that it will change the way I help my students adapt and learn.”

VRFocus will continue to bring you all the latest updates to the Expeditions Pioneer Program as Google announces them.