Fancam, a company specialized in the creation of gigapixels during sport events and concerts has just released a brand new gigapixels of the fans of the NBA team, the Cleveland Cavaliers (Basketball). Indeed, to celebrate the return of the NBA star player LeBron James, the team has decided to offer a very special gift to its fans with this 360° gigapixels!
A 360° gigapixels is not only a very detailed image made of many different pictures, it’s an interactive experience where you can change your point of view, zoom in and out, and also tag yourself in the crowd! Thus, hundreds of persons that were present at the game tagged themselves and can even share it on social networks. Click here to access the gigapixels.

How has it been created? 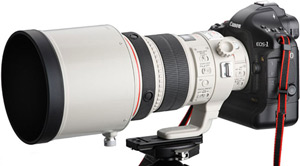 The post Gigapixels: massive group photo with all the fans for the return of LeBron James into the the Cleveland Cavaliers (NBA team) appeared first on .