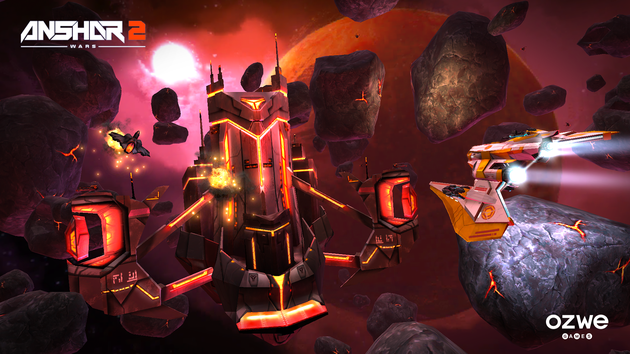 The popular Anshar Wars 2 from developer OZWE is currently discounted on the Oculus store for Samsung’s mobile Gear VR head-mounted display (HMD). The title which VRFocus reviewed back in November 2015 and gave a full five stars to, has been reduced in price by 50%, offering any Gear VR owners the option to pick it up for the reasonable price of $7.49 USD.

Anshar Wars 2 is a sci-fi experience where players control a space ship using the Gear VR’s head-tracking technology, set in a fictional universe in which the Ansharian Empire fights against an enemy known as the Nergal. Players will take on the role of a newly enlisted pilot and fight back against Nergal ships using a range of weapons including missiles, lasers, tesla blasts and portal generators.

While a gamepad isn’t required to play Anshar Wars 2 the videogame does support compatible controllers if users have one. You’ll have to be quick though as the offer will finish on Wednesday 3rd, February 2016.

VRFocus will continue to bring you the latest offers and promotions for the Gear VR HMD when they become available.

The post Get Anshar Wars 2 on Gear VR for Discounted Price appeared first on VRFocus.