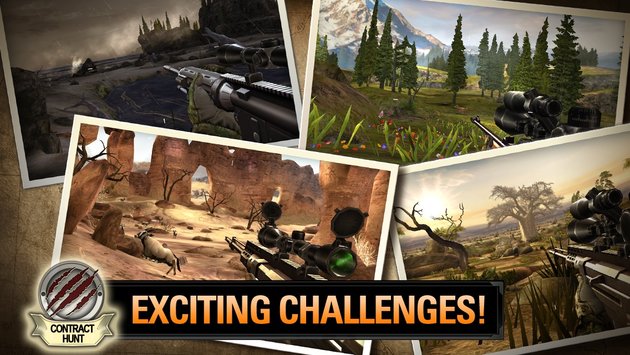 Those looking for something new to play on the Gear VR mobile-based virtual reality (VR) head-mounted display (HMD) this weekend may be in luck. Glu Mobile has put its VR edition of its popular mobile-based hunting series, Deer Hunter VR, on sale for a short period of time. Act fast and you can get the title for 33% off of its usual price of $4.99 USD, though the sale ends at 08:00 PT on 28th February 2016.

Deer Hunter VR is a first-person shooter (FPS) in which players hunt and take down an assortment of wild animals. Players will travel to a range of locations including the Pacific Northwest and Central Africa as they make the perfect hunt. The title doesn’t require a Gear VR compatible gamepad in order to be played and is available on both the Note 4 and consumer editions of the Gear VR.

Stay tuned to VRFocus for the latest on all Gear VR releases.