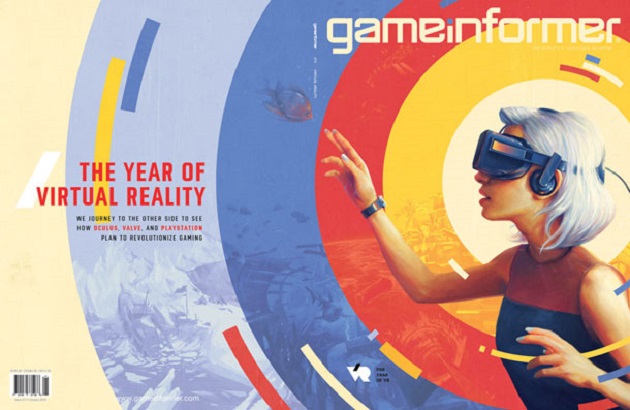 Fans have been waiting patiently, and that time is almost over. 2016 is set to be a big year for virtual reality (VR), head-mounted displays (HMDs) Oculus Rift, HTC Vive and PlayStation VR are all due over the course of the first six months, from Oculus VR, HTC/Valve and Sony Computer Entertainment (SCE) respectively. Because of this, Game Informer has dedicated its January issue to all things VR.

For the issue, Game Informer has met with the big three to discuss their current plans for the headsets, and for the future. 52 pages look at the hardware and software, with previews of some of the biggest titles, including Three One Zero’s Adr1ft and Insomniac’s Edge of Nowhere. There’re opinion pieces on VR’s position and the health and safety aspects of the technology.

Over the course of the month, Game Informer will be releasing video interviews and written features on more VR software and tech, with a special edition podcast due as well.

For print subscribers the January issue should be turning up in the next couple of weeks, and digital subscribers can access it today. Game Informer can also be accessed through third-party apps on Nook, Kindle, and Zinio from Wednesday 9th.

VRFocus will continue to bring you all the current news on VR from across the world as announcements are made.