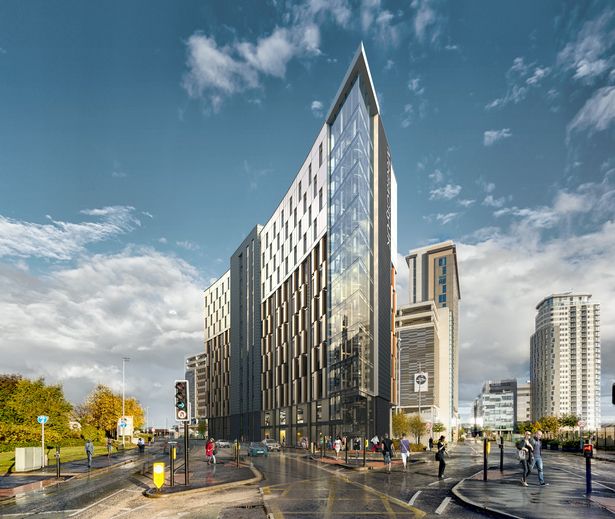 Marketing and creative agencies have been one of the fastest sectors to utilise virtual reality (VR), using the technology to promote companies and projects with new immersive ideas. The construction industry is one area that is making use of VR by giving walkthroughs of planned projects, or projects under construction. Fuzzy Duck is one such agency that has created a VR app to showcase the Tomorrow building, £20 million development at MediaCityUK, Manchester, due to open in June 2016.

The 360-degree VR app and content will be unveiled at Prolific North Live today. Viewable full screen and compatible with Google Cardboard or similar head-mounted displays (HMDs), the app will give viewers 360-degree CGI visuals of key locations in the Tomorrow building, including the reception and a normal office floor. Visitors to the open centre will also be able to view the app via a touch screen in the Tomorrow marketing area.

Dave Hartill from Fuzzy Duck, commented to the Manchester Evening News: “This exciting brief gave us the opportunity to utilise the latest technology and execute this through one application. We created a platform in which viewers are able to see how the Tomorrow building will look. It gives potential occupiers the chance to move around the building and interact with this space whilst it is still under construction.”

While Lynn Haime, Asset Manager from MediaCityUK said: “Fuzzy Duck impressed us with their knowledge and vision of 360 VR and it has been a pleasure to work with one of the companies based at MediaCityUK to create an interactive application with virtual reality to demonstrate to companies who may be interested in Tomorrow.”

VRFocus will continue to follow the latest creative uses for VR, reporting back any further announcements.