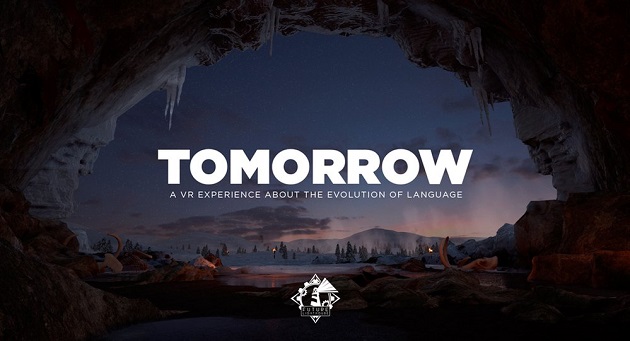 It quite common for developers to tease snippets of upcoming projects via Twitter to get the internet rumour mill going. Future Lighthouse did just that earlier this week, posting a single image with the name of its virtual reality (VR) project Tomorrow.

The Spanish developer, co-founded by Nicolás Alcalá and Roberto Romero tweeted the image below, and wrote. “We’ve been hard at work in the laboratory. Soon you’ll see what we’re doing.” Other details on the VR project are sparse, other than it being created on the Unreal Engine.

While Future Lighthouse hasn’t revealed what head-mounted displays (HMDs) the studio plans to support, images of a HTC Vive arriving at its laboratory last month have been posted online. This could mean Tomorrow will feature the HTC Vive’s Room-Scale tracking technology Lighthouse which allows users to move around an area of 15 feet by 15 feet.

The team at Future Lighthouse has built up its experience over many years across several industries. Alcalá brings with him 10 years in film, advertising and design; he created The Cosmonaut which raised over half a million dollars via crowd funding. Romero has eight years of experience working in 3D visualisation, with the last couple of years working in VR.

VRFocus will continue to follow the progress of Tomorrow, reporting back any announcements from the developer.