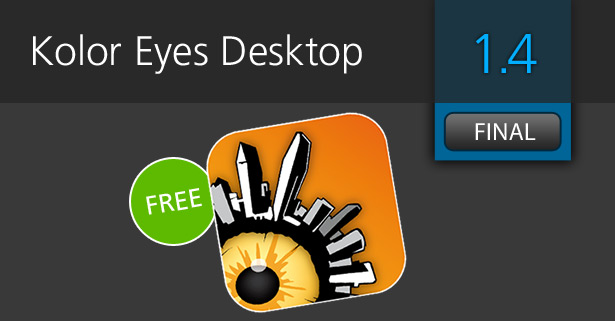 A brand new version for Kolor Eyes Desktop, our 360 video player is now available! This version 1.4 of Kolor Eyes is still free and you can download several 360 videos from our website to try it out.

This version 1.4 brings exciting improvements, especially for Oculus VR™ and Ricoh Theta™ users, check that out: 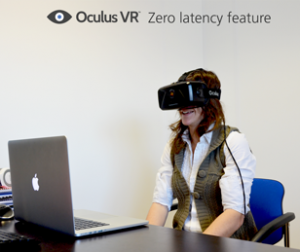 RealSense is the new generation of 3D camera that will soon be included in the Windows notebooks, 2 in 1s, and All-in-Ones (AIOs) from Acer, Asus, Dell, Fujitsu, HP, Lenovo, and NEC. This new technology is based on three little cameras that enable the device to “see” depth like human eyes.
So what about Kolor Eyes? You can now change your field of view using the RealSense cameras! Simply move your hand in front of the sensor and you’ll be able to choose the direction you want to look at and also zoom in/out. 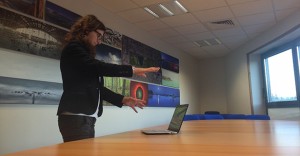 If you encounter problem with Kolor Eyes, or if you wish to know more about it, please visit our updated documentation on this page.

Be careful, in order to use Kolor Eyes Desktop 1.4 beta 2, you’ll need to delete application settings before installing this new version.

If you want more information please read the change log below:

We improved Oculus integration both on Mac and Windows. Zero latency feature, which is essential to have a good VR experience, is now available on Mac 10.9 Mavericks and Mac 10.10 Yosemite. It can be also available on Windows but you will need a strong computer to do it. See our documentation to know more about Oculus with Kolor Eyes. See also our benchmark page on Oculus zero latency.

We improved the default video plugin configuration in order to fit your needs as much as possible. See this page to know more about it.

If you encounter any trouble see our troubleshooting page.

WARNING : if you have installed the previous version 1.4 beta 2 or beta 1 you will need to delete application settings before installing this new version.

– 0004462: [UI] Allow to modify fullscreen mode of main window when oculus is connected