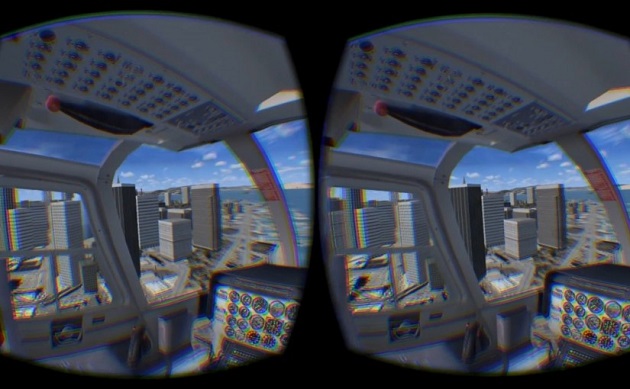 Virtual reality (VR) flight simulator FlyInside which has been developed by Daniel Church has now been officially launched for the Oculus Rift head-mounted display (HMD). There are two versions of the FlyInside software, FlyInside FSX for Microsoft’s Flight Simulator X and FlyInside P3D for Lockheed Martin’s Prepar3D v2.5.

Church launched a Kickstarter funding campaign back in July this year for FlyInside FSX and passed his funding goal within a week. Support for Lockheed Martin’s Prepar3D v2.5 came about after hitting his stretch goals. FlyInside FSX can be downloaded for $35.00 USD while FlyInside P3D retails at $45.00 USD. Or for those who want both there’s a special bundle price for $60.00 USD.

Currently FlyInside only supports the Oculus Rift DK2 HMD but further support is planned for Oculus VR’s consumer version of the headset, and the HTC Vive HMD. The Leap Motion controller is also supported so users can track their hands inside the cockpit, giving the ability to move and interact with windows, or toggle cockpit buttons.

VRFocus will continue to follow the latest updates to FlyInside, reporting back with any further announcements.