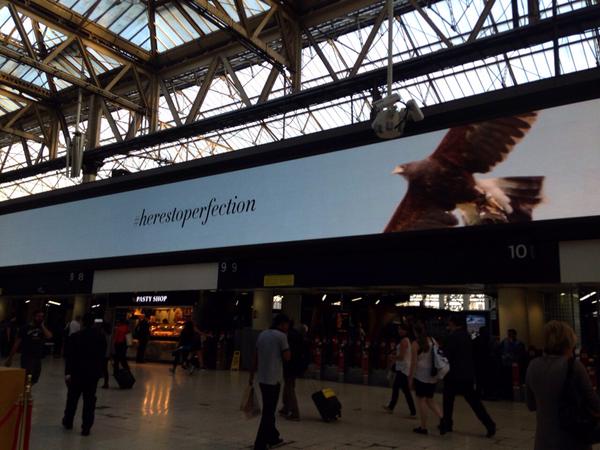 For this summers Wimbledon tennis tournament, Stella Artois the official beer of the championships created a new virtual reality (VR) experience, Fly Like Rufus. The project was based around ‘Rufus the Hawk’, Wimbledon’s official bird scarer, giving a birds eye view of the tennis courts. Created by creative London-based agency Mother London and unit9, the VR flight experience has won silver at the recent Campaign Big Awards.

As Wimbledon is the only outdoor grass tennis championship, it has the rather unusual problem of wildlife, as being out in the open means that humans aren’t the only spectators that want to see the action. As a result since 2000 Wimbledon has a fierce security employee; Rufus the hawk. Now a familiar presence at the event, Rufus’ true employment is as the Wimbledon Championships’ official pigeon-scarer. Rufus is often called into action to prevent pigeons from coming down into Centre Court.

The “Fly Like Rufus” VR flight experience that allowed viewers to take-in a 360 degree view of Wimbledon’s iconic grounds from Rufus’ point of view. During the Championships a fully immersive multi-sensorial experience was set-up at Waterloo station using an Oculus Rift head-mounted display (HMD) and a motion-base. The video can still be viewed at flylikerufus.com.

VRFocus will continue to report on all the latest VR news as details are announced.