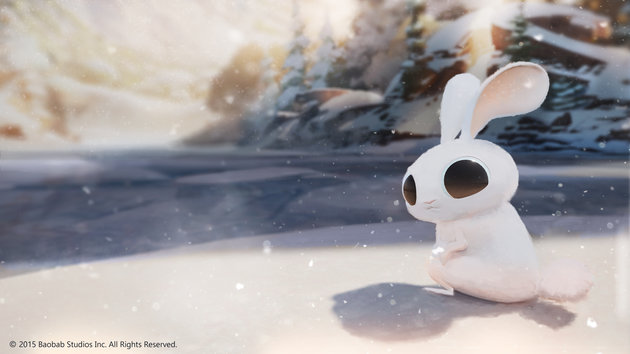 Late last year VRFocus reported on the news that a new virtual reality (VR) studio named Baobab Studios had raised some $6 million USD in funding with help from the likes of both Samsung and HTC. At the time, it was revealed that the company was working on a new VR animated series named Invasion!, which echoed the work already seen by Oculus VR’s film centric division, Oculus Story Studio, using CG. Today, the first episode of Invasion! has finally arrived on the Gear VR mobile-based head-mounted display (HMD).

Lasting just a few minutes in total, this first episode is set on a lake and stars a cutesy bunny that will approach the viewer over time. It’s not long before a pair of decidedly goofy aliens land on the lake, intent on destruction, though things might not go their way. Throughout the experience the viewer is granted a full 360 degrees of view, allowing them to move their head and look in any direction as the action players out, though obviously needing to look in a specific area to witness certain events.

Invasion! can be downloaded for free, with two more episodes in the series expected to drop. The app also features some extras and the promise of more to come at the 2016 Tribeca Film Festival next month.

Stay tuned to VRFocus for more on Invasion!.