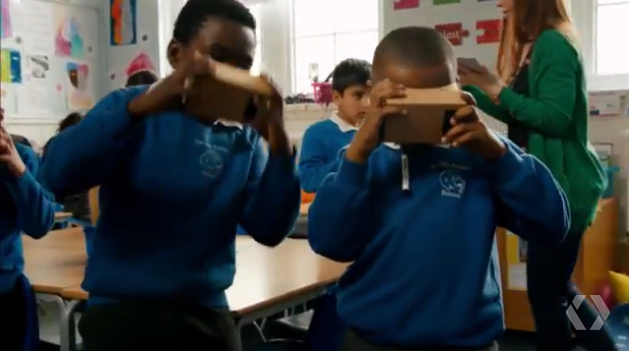 Over the last couple of days learning companies from around the world have been detailing the future of teaching at the International Society for Technology in Education (ISTE) conference in Denver, Colorado. And virtual reality (VR) has proved to be a hot topic at the event, with Google announcing its Expeditions programme will be freely available alongside Houghton Mifflin Harcourt (HMH) and Pearson revealing upcoming experiences for the platform. Now Pearson has released further details on its plans.

ISTE attendees are getting a sneak peak at a 3D tour of the London Transport Museum being created by Pearson for Google Expeditions. The 360-degree virtual tour is given from the perspective of Albert Stanley, a British-American businessman who saved the British transportation system in the early 1900s. Students will learn the history of transportation in Britain, getting to view old buses, trains, trams and more from the museum’s collection of 450,000 artifacts.

“Imagine being a middle school student in Billings, Montana, with a keen interest in trains, who takes a field trip to the London Transport Museum on a Tuesday morning. Or a third grader in Toledo, Ohio, who wants to explore the depths of the sea and does just that on a Wednesday afternoon in science class – all through the power of today’s digital learning technology,” said Mark Christian, Pearson’s director of learning and innovation. “Developing these innovative immersive learning experiences to engage students in new and exciting ways is illustrative of Pearson’s commitment to the innovative use of technology to transform learning.”

The Google Expeditions Pioneer Program launched in May 2015. Since then Google claims more than one million students from over 11 countries have taken VR trips through the project using the Google Cardboard head-mounted display (HMD).

VRFocus will continue its coverage of Google Expeditions, reporting back with any further announcements.