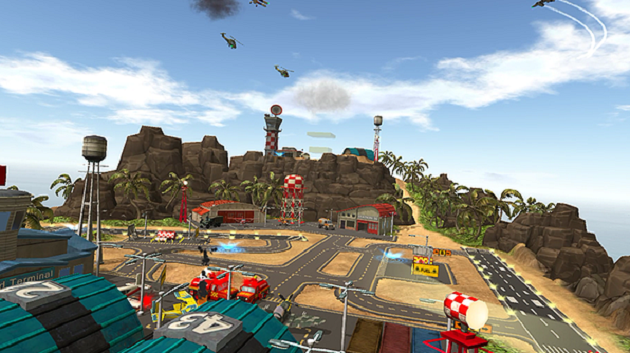 Yesterday all eyes were on the HTC Vive head-mounted display (HMD) as Valve hosted the Steam VR Developer Showcase in Seattle, Washington. The event was purely aimed at showcasing third-party developers projects rather than anything from Valve and or any further details on the headset. Phaser Lock Interactive attended the show with its virtual reality (VR) title Final Approach and now its been revealed the videogame will also be heading to the PlayStation VR HMD as well.

The videogame is Phaser Lock Interactive’s take on airport management sims, where players manage various aircraft though the videogames hostile sky’s and into the safety of the airport. Players will have the ability to view the airport at its level, to take control of fire hoses to put out flaming planes, air horns to help rid your airport of annoying wildlife, and building anti-aircraft guns to bring down would be attackers.

VRFocus will continue its coverage of Final Approach, reporting back with any further announcements.