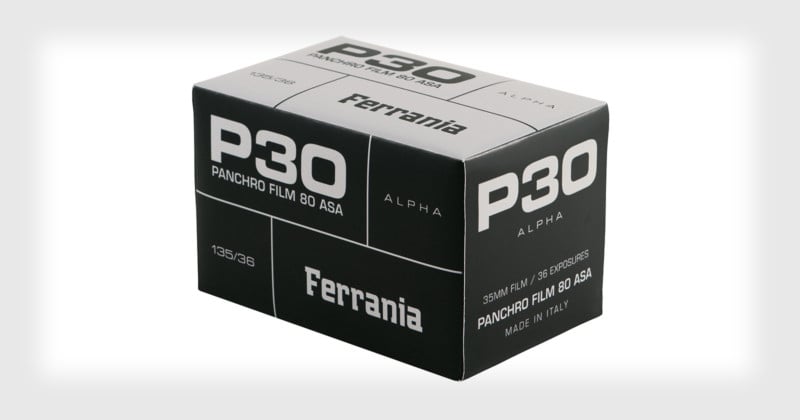 The film renaissance is growing. Just weeks after Kodak announced the return of Ektachrome film, the Italian film brand FILM Ferrania is back from the dead as well. Today it introduces its first new film stock. Called Ferrania P30, it’s a black-and-white 35mm film.

To be released in a limited “ALPHA” edition, Ferrania P30 ALPHA is a recreation of the same film stock that Ferrania popularized around the world over half a century ago. This new version, however, is a recreation made using modern techniques by the company’s scientists.

Ferrania P30 ALPHA is an ISO 80 panchromatic black-and-white motion picture film that’s packaged for still photography. After the original Pancro P30 was released over 50 years ago, it was adopted by a number of notable Italian film directors who used it for their motion pictures. It’s a silver-rich film that has a high silver density of 5 grams per square meter.

Here are some official sample photos captured on the new Ferrania P30 ALPHA film (the defects you see won’t be present in the final production film):

Ferrania originally began making photographic and cinema films in 1917 and eventually became known as the “Kodak of Italy.” The mega-corporation 3M acquired Ferrania in 1964, and the company eventually became the world’s 4th leading film manufacturer. After the rise of digital photography, however, Ferrania killed off its film production in 2009.

Now the company is back and riding the photography industry’s rekindled enthusiasm towards analog products. With Kodak and Ferrania both looking into releasing new film stocks, film is now making a big comeback.

Pre-orders for 36-exposure 35mm film rolls of FERRANIA P30 ALPHA will begin in mid-February 2017 through the company’s online store.