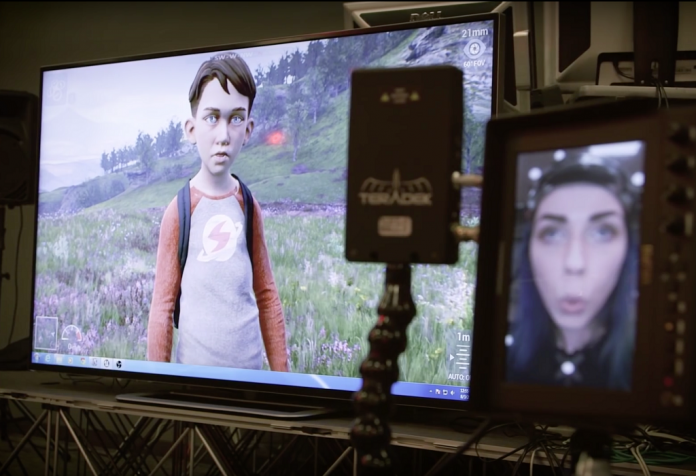 In this digital age the ability to accurately capture expressive human facial emotions and render them onto a character has an important place across many mediums, including movies and videogames. It allows viewers to have a closer connection to a creators story on a more emotional level. Faceware Technologies a specialist in the field has announced today the launch of Faceware Interactive, a division that creates facial mocap (motion capture) technologies that enable virtual humans and characters to interact with people in real time.

Faceware Interactive will be focused on the development of hardware and software solutions that can be used by developers to create more lifelike characters. The company’s software, combined with head-mounted and stationary cameras, identify the movement of someone’s face and apply it to a CGI model. But Faceware Interactive wants to take that one stage further by enabling those characters to interact with people in real time.

This ability would then allow users in virtual reality (VR) or augmented reality (AR) to stream their own personas into a virtual world, great for applications such as interactive chats or training purposes.

“By now, we’re all familiar with watching digital characters in movies and games. To us, interacting with and through those characters so people can connect on a deeper level is the logical next step,” said Peter Busch, vice president of business development at Faceware Technologies. “We have much of the underlying technology in place and early efforts point to a promising future full of growth. While we can’t share product information yet, we’ll have some exciting news to share in the near future.

Faceware Technologies and its sister company Image Metrics have already been applying some of their experience to projects which include VR titles such as Paranormal Activity by VRWerx, Grace from MacInnes Scott and Sony Interactive Entertainment’s (SIE’s) Here They Lie.

Faceware will be showcasing its early efforts at next weeks SIGGRAPH 2016 conference. As VRFocus learns more about Faceware’s technology development we’ll bring you the latest details.