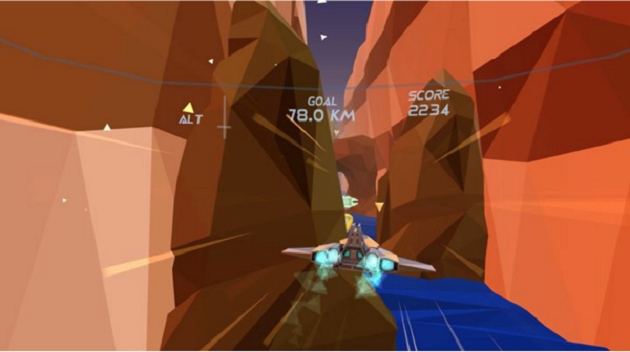 In Faceted Flight: Canyon Runner players race down a stylized, procedurally generated canyon, with the aim to get as far as possible to gain the highest score. Through the videogame players explore the environments to earn medals and unlock new aircraft.

The VR experience is available to download now for $4.99 USD for Samsung’s mobile HMD. Those who don’t already own a Gear VR Innovators Edition won’t have long to wait for the consumer version as it’ll be released in the US this Friday 20th, while European VR enthusiasts should expect the headset around 1st December 2015 after a reveal on Samsung’s German store yesterday.

VRFocus will continue to bring you all the latest releases on Gear VR as the official launch draws near.