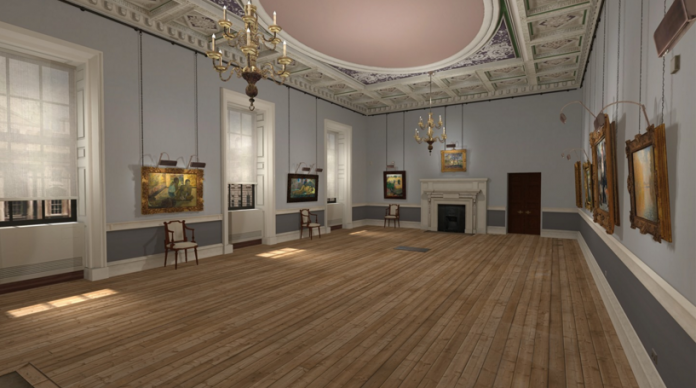 In November 2015 WoofbertVR launched its virtual reality (VR) app on Samsung Gear VR. The app is designed to fuse history with modern immersive technology by sharing art, architecture, and culture from some of the world’s leading museums and institutions in one place. Now WoofbertVR has expanded the app support by bringing to Oculus Home for Oculus Rift.

The Oculus Rift version includes the latest updates from Gear VR which includes the Helen Frankenthaler VR experience. This is a recreation of the American abstract expressionists 1960’s studio which can only be seen through black and white images by noted photographers, Ernst Haas, Alexander Liberman and Ugo Mulas. This follows on from a recent exhibition of masterworks by the artist at Turner Contemporary in Margate, UK.

The app also transports users to The Courtauld Gallery in London, UK to discover spectacular paintings by Gauguin, Manet, Monet, and Renoir.You can explore the Wolfson Room and listen to audio narration by New York Times’ best-selling author and illustrator Neil Gaiman, read object labels, and get close to these famous paintings.

WoofbertVR is free to download for the head-mounted display (HMD). The Gear VR version has seen a regular stream of updates since launch and further content is likely to be added in the future.

VRFocus will continue its coverage of WoofbertVR, reporting back with any new content additions.