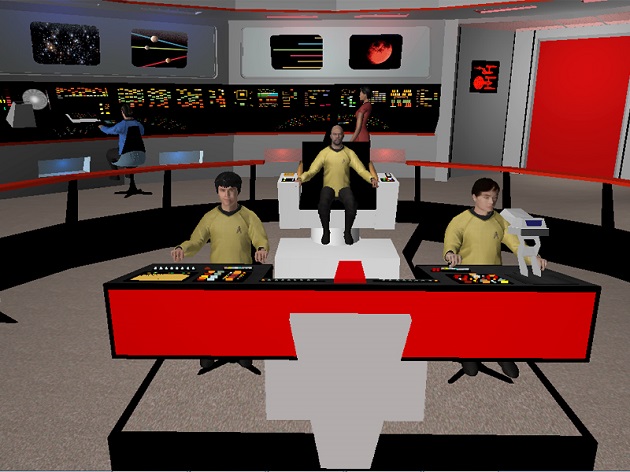 Avid science fiction fans love to explore and learn the lore, universes, characters, ships etc of their favourite shows, books, comics, films and videogames. Star Trek is one of the most famous with devoted fans since the original TV show in the 1960’s. It’s why developer Gambit Realm has recreated the shows original starship, USS Enterprise in all its glory for fans to download and explore for free.

The videogame has been available since 2014 but the developer has made available a pre-release beta version for the 50th Anniversary of the show. While the title can be viewed on a normal desktop PC, Gambit Realm has also made Star Trek: 50th Anniversary Tribute Game compatible with virtual reality (VR), enabling support for the Oculus Rift head-mounted display (HMD).

The download also includes editing features with the official description saying: “We have included the Torque 3D editing tools – feel free to add objects to areas of the ship that are empty. Or, move things around to make your own custom Enterprise.”
“You also have access to the A.I. Marker Editor (ALT-A), which lets you add or edit A.I. within the missions.”

The full system requirements and download link are available here, with the studio highlighting the videogame requires 64-Bit Windows and it also requires older direct 9 drivers.

VRFocus will continue to bring you any further updates to Star Trek: 50th Anniversary Tribute Game as Gambit Realm releases them.