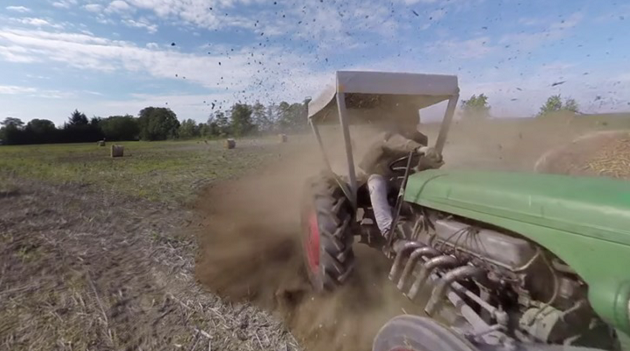 There are some weird and wonderful virtual reality (VR) experiences on Samsung Gear VR. From BUTTS: The VR Experience to new animated series Invasion! featuring rabbits, there’s something for everyone. New to the head-mounted displays (HMDs) content line-up this week is a 360-degree video called EDEKA Dorf Drift from EDEKA a German company that specialises in jobs and training.

EDEKA Dorf Drift is a video that puts viewers on a farm tractor as it goes about its daily task of farming fresh vegetables and fruit. The official description reads: ” Where do all the vegetables come from? Dive into the world of lightning fast fresh vegetables delivery of the EDEKA market. Take a ride alongside the tuned farm tractor with a 450hp engine delivering fresh apples to your local store.”

The experience is free to download from the Oculus Store, and doesn’t require a gamepad to play.

VRFocus will continue its coverage of all the latest Gear VR releases, as new content hits the store.

The post Experience the Thrill of Farming with EDEKA Dorf Drift on Gear VR appeared first on VRFocus.