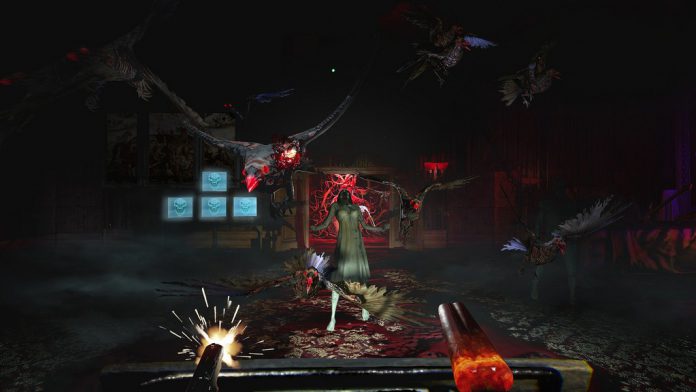 With the PlayStation VR head-mounted display (HMD) still several months away from release few titles have yet to be confirmed for the launch. One videogame that’s received a lot of attention is Until Dawn: Rush of Blood from developer Supermassive Games. And those keen to see more gameplay for the title should take a look below.

In 2015 Supermassive Games launch the popular PlayStation 4 exclusive Until Dawn, but the virtual reality (VR) version isn’t tied to it. Until Dawn: Rush of Blood has been built from the ground up for VR and the PlayStation VR, borrowing only scenes, locations, mood and characters of the original title.

Until Dawn: Rush of Blood takes players on a scary rollercoaster ride where all manner of evil creatures and nasties attack the player. Supermassive Games has got round the problem of locomotion in VR by sitting players in a fairground ride cart, thus reducing or negating motion sickness plaguing some VR experiences.

The video footage below showcases this terror ride as enemies jump down from ceilings and appear out of dark corridors. Players have duel wielding guns to play with from standard pistols to shotguns and machineguns. As an aiming mechanic, rather than having crosshairs all the guns are equipped with torches, enabling players to see exactly there they’re shooting.

VRFocus will continue its coverage of Until Dawn: Rush of Blood, reporting back with any new announcements.