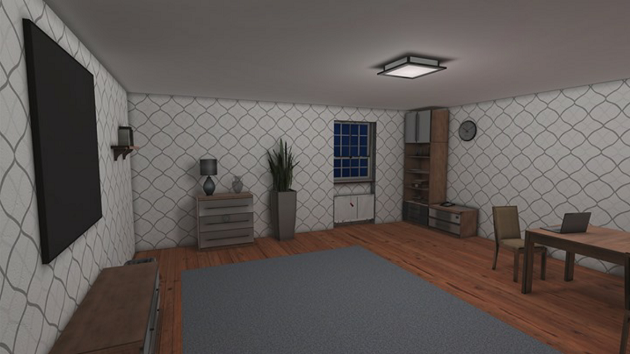 Samsung’s Unpacked 2016 event earlier this week revealed several new details about its Gear VR mobile head-mounted display (HMD), and partner company Oculus VR published a blog posting reiterating those details,  saying the headset has over 200 games and apps available. Today sees a new round of content releases for the HMD adding to that growing library. The latest comes from developer Evilport with its puzzle title Escape Room VR.

Escape Room VR has players locked in a room and need to figure a way out. The official description explains: “You wake up in a closed room with no memories of how you got there. The only way to get out is to play the game of your kidnapper. By exploring your surroundings, interacting with objects and finding hidden clues, step by step, you’ll get closer to escaping the room.”

The title doesn’t require an additional Bluetooth gamepad to play, and can be downloaded now from the Oculus Store of $2.99 USD.

VRFocus will continue its coverage of all the latest Gear VR releases every week.