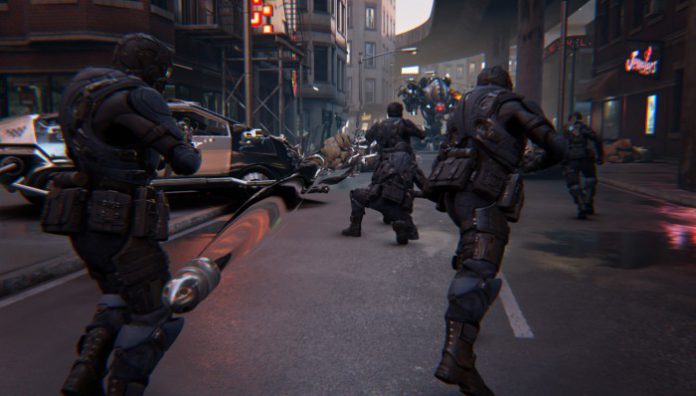 Slowly but surely the Open-Source Virtual Reality’s (OSVR’s) own VR head-mounted display (HMD), the OSVR Hacker Dev Kit (HDK), has grown out its software library, adding major features such as SteamVR support. Today the group is announcing the arrival of Showdown, one of Epic Games’ popular tech demos that was first revealed for the Oculus Rift HMD at the 2014 Oculus Connect developer conference for use with the then-newly revealed Crescent Bay prototype. The demo can now be downloaded for free.

The company made the announcement in the latest OSVR update email, from which a link to the download is available. Showdown offers a slow motion peek at an intense action sequence created with Epic Games’ popular development middleware, Unreal Engine 4. An official announcement from OSVR reads: “Epic’s Showdown is now available for the Hacker Development Kit and all OSVR supported headsets. Check it out if you are looking for an on rails experience that has helped to define VR. Available in direct mode and non-direct mode.”

Showdown isn’t Epic Games’ most recent VR demo, however. Bullet Train, a short VR first-person shooter (FPS), made its debut at last year’s Oculus Connect using the Oculus Touch position tracked controllers. Could this demo also come to other HMDs at some point in the future?

Check back with VRFocus for the latest on OSVR.