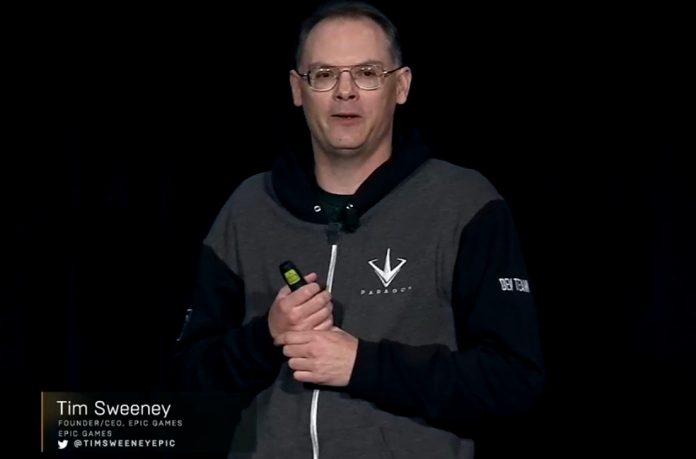 Epic Games has been a keen supporter of the Oculus Rift and virtual reality (VR) technology in general over the past few years. The company’s Unreal Engine 4 middleware is fully compatible with all major head-mounted displays (HMDs), and Epic Games has even built its fair share of VR demos to showcase the potential of the tech, including Oculus Touch shooter, Bullet Train. But that shared history isn’t stopping company founder Tim Sweeney from expressing his disappointment in Oculus VR this week.

Taking to Twitter, Sweeney slammed Oculus Rift for its decision block apps that are not sold through Oculus VR’s own store, Oculus Home. “Very disappointing,” the famed developer wrote in response to the announcement for Oculus VR CEO Brendan Iribe. “Oculus is treating games from sources like Steam and Epic Games as second-class citizens.”

Sweeney also responded to another tweet from Oculus VR Head of Worldwide Studios, Jason Rubin, which declared the Oculus Rift to be an open platform. “In what possible sense is this an “open platform”?” he asked. “Developers have to “request keys” for @Oculus DRM.”

Other famous developers have also been chipping in on the conversation, although perhaps not in the way you’d expect. Markus ‘Notch’ Persson, creator of the Minecraft series, noted that the decision was a ‘compromise’ that he ‘understood’ and even ‘respected’. Of course, it is actually possible to sideload content onto the Oculus Rift, as VRFocus detailed earlier today.

The Oculus Rift launched today, and Oculus VR distributed its latest software development kit (SDK), 1.3, to go along with it. The kit now includes official integration with Unreal Engine 4, making it easier than ever to build VR videogames with the middleware.

Check back with VRFocus for more on this topic.