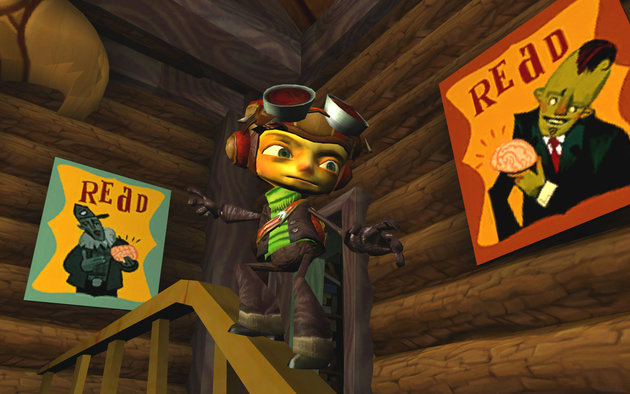 Earlier this week VRFocus reported on Tim Schafer, founder of Broken Age developer Double Fine Productions, stating that the team’s new virtual reality (VR) videogame, Psychonauts in the Rhombus of Ruin, would be a third-person experience. Schafer had said as much in an interview following the title’s announcement at the 2015 edition of the PlayStation Experience fan event. However, the developer itself has now clarified that the VR spin-off will in fact be a first-person experience for the PlayStation VR head-mounted display (HMD) for PlayStation 4.

Double Fine Productions has confirmed as much to VRFocus. The rest of Schafer’s comments, however, remain accurate, as players take control of series protagonist Raz for the first time in over ten years. VR will bring unique twists to several powers, including using the character’s clairvoyance to see through the eyes of other people as well as also utilising telekinesis to move objects and pyrokinesis to burn them. The title will focus on a rescue mission that picks up right from where the original Psychonauts ended. As you might expect, it also ends just before the upcoming Psychonauts 2 starts.

It’s a busy time for Double Fine Productions in general, then, as it plans to launch Psychonauts in the Rhombus of Ruin on PlayStation VR next year along with a remastered edition of a beloved point and click adventure, Day of the Tentacle, while Full Throttle will also get the same treatment later down the line. Psychonauts 2 is currently seeking some $3,300,000 USD in crowd-funding via the Fig platform, and will release in 2018 if successful. A specific date for the developer’s VR debut is yet to be set, though PlayStation VR itself won’t be releasing until sometime in the first half of 2016 and likely towards the latter half of that window.

For the latest updates on Psychonauts in the Rhombus of Ruin, keep reading VRFocus.

The post Double Fine Clarifies: Psychonauts in the Rhombus of Ruin is First-Person appeared first on VRFocus.