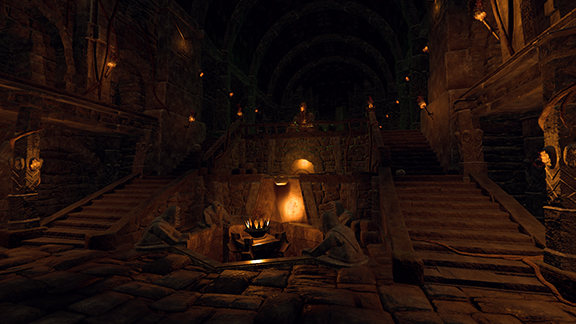 Last week Saibot Studios revealed Doorways: Holy Mountains of Flesh would be leaving Steam Early Access and fully launching next month. Along with the launch announcement the Argentinean studio also unveiled the third and final instalment for the videogame, The Temple. The team released five new screenshots showcasing the final act, and what lays in wait for players.

These screenshots show The Temple’s interior which the developer describes as: ‘the most gory and terrifying of all Acts’. From the images it’s certainly in keeping with the rest of the videogames dark and foreboding nature.

Stone laden corridors are dimly lit by flaming torches that reveal old carvings on the walls, and vines creeping up through the cracks. As the name suggests, The Temple has alters with vacant pews for a supposed congregation, and statues and skulls feature in alcoves.

Doorways: Holy Mountains of Flesh follows Thomas Foster, who visits El Chacal, a small and remote village in the mountainous region of Salta, Argentina. He’s looking for an entire family of lunatics led by Juan ‘The Roaster’ Torres. Juan and his family are the focus of numerous rumours involving cannibalism, black magic, sects and superstitions.

Saibot Studios has previously supported the Oculus Rift with the other episodes in the Doorways series, but has yet to officially announce if next months release will do the same.

VRFocus will bring you further details as we get them. 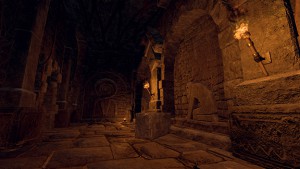 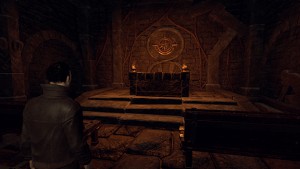 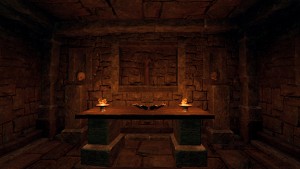 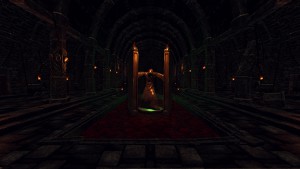