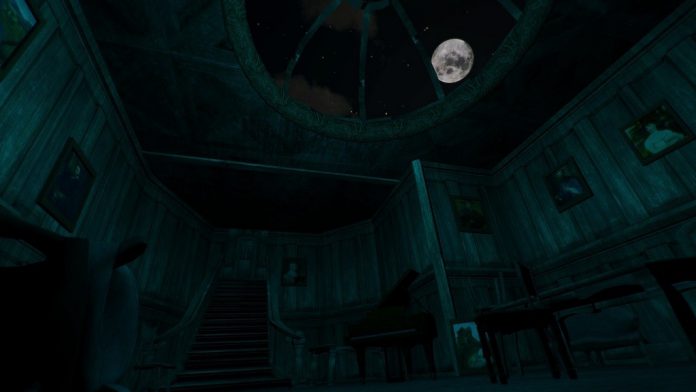 The Samsung Gear VR get a new selection of content this week and for horror fans that like their jump scares, try out Affected – The Manor. Created by Fallen Planet Studios Affected – The Manor is the mobile version of Affected -The Cabin for the Oculus Rift DK2.

The title is similar in vein to Otherworld Interactive’s horror title Sisters, where its not so much a videogame as an immersive experience. But whereas Sisters has viewers sat in one spot, Affected – The Manor goes a step further by giving you control over your movement, allowing you to wander through the manor and uncover its secrets. And consecutive replays won’t be the same as the events are randomised enabling a different walkthrough every time.

If you like getting scared then Affected – The Manor can be downloaded now fo$2.99 USD. Most players should find the experience comfortable (apart from the scares) and all the movement is handled via the touchpad.

VRFocus will continue its coverage of Samsung Gear VR, reporting back with further content additions.