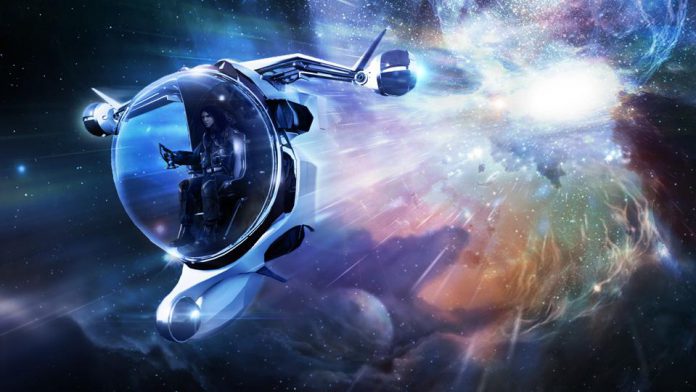 It’s been a year since VRFocus first started reporting on Minority Media Inc’s. virtual reality (VR) title Time Machine VR. The developer has released various screenshot, trailers and teaser info over those months and now the title has been released. Minority Media Inc made the announcement this week as the videogame arrived for the Oculus Rift and HTC Vive head-mounted displays (HMDs).

Available through Steam or Oculus Home for $29.99 USD/£22.99 GBP, Time Machine VR is an underwater exploration adventure into the past. Players have to investigate the depths of the ancient oceans, collecting data on the sea-dwelling monsters of the Jurassic era, such as mosasaurus, livyatan and megalodon. But when a deadly prehistoric virus is unleashed on the modern world due to the melting ice caps you’re forced into a race against time to save humanity.

Featuring over 10 hours of gameplay the narrative was penned by Jill Murray, an award-winning writer behind whose previous works include: Assassin’s Creed III: Liberation and Assassin’s Creed IV: Black Flag. There’s two different modes to explore, the standard story mode to save the modern world, and exploration mode to wander the oceans as you please.

“VR is the only way to make this game,” said Minority CEO Vander Caballero. “We’ve spent three years re-creating prehistoric creatures and the oceans they lived in… and their sheer scale in VR is heart-stopping. A livyatan on a flatscreen TV is cool to look at; a VR livyatan twenty times your size with a mouth so big you can stand comfortably in it is out of this world.”

To celebrate the launch the studio has released a brand new trailer. VRFocus will continue its coverage of Minority Media, reporting back with any further updates or announcements.