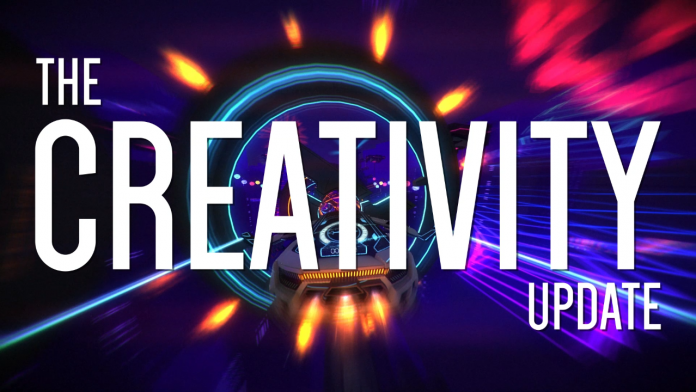 Refract’s Distance has proved to be a highly rated and popular Early Access racing videogame on Steam and yesterday it received a major update for its game design. However, more importantly, the update also expanded its hardware support as it is now compatible with the consumer Oculus Rift head-mounted display (HMD), meaning those who have and who will purchase the neon racer will be able to enjoy it as a virtual reality (VR) title.

Those with the Oculus Rift CV1 can enjoy all that the Creativity Update offers, and it features a long list of improvements and tweaks to the gameplay and workings of the title, described as its biggest beta patch yet, including: new levels, such as Friction with new Grip ability, Amusement which showcases new particle system, and Uncanny Valley which shows off new primitive shapes; improved and additional controls; general updates such as cleaner design; improved rendering and reduced visual banding; generally improved car physics in steering, driving, and reduced car explosions on ramps; improved camera angles; and a vast list of additions to the level creator as well as bug fixes.

On the blog post on Steam by Jordan, one of the devs who worked on the Creativity Update for Distance, it is said: “It’s been quite an adventure reaching this build, so thanks to those who braved the experimental branch and gave feedback. Though this is a major release, we still hope to hear your thoughts on everything. Scroll down for the full changelog. Also, if you make something in the editor, send it our way!”

The Early Access videogame now comes with a discounted price of £10.04 GBP, 33% less than the original price of £14.99 and is currently available on Steam.

For the latest updates and news in the word of VR make sure to check back with VRFocus.