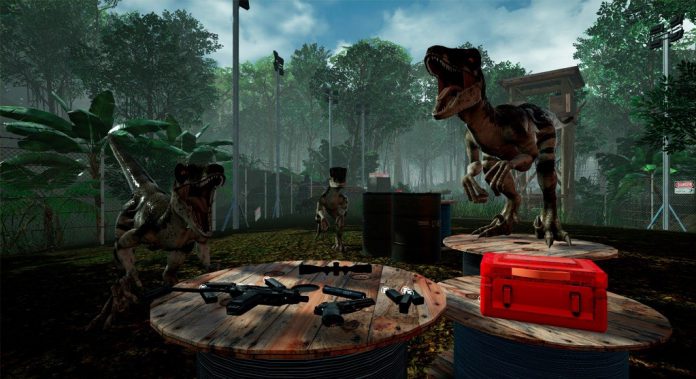 Earlier this week VRFocus reported on the creators behind The Brookhaven Experiment releasing details on their new virtual reality (VR) title Island 359. Developers Jeremy Chapman and Steve Bowler have formed CloudGate Studio along with Mike Fischer, former Square Enix CEO, and their first project is a dinosaur filled adventure. New screenshots reveal more of the inhabitants on the island and the obstacles that lay ahead.

The previously released images showcased well known dinosaurs like T-Rex and the Velociraptor, iconic creatures made famous by movies and videogames like Jurassic Park.

The following four images detail new areas to explore and a couple of new dinos. The first showcases a terrifying image of a pack of Raptors surrounding the player with some make shift tables in front. The details some of the weapons and upgrades to help your survival on Island 359. There’s an Uzi sub-machinegun, pistol and several clips available to pickup. Also on the table is a scope which looks too big for the pistol and inappropriate for use with a machinegun.

The new dinos revealed in the latter two images are Compy’s and Allosaurs. Compy’s are carnivorous little creatures that aren’t dangerous on their own, but in packs can be deadly. While the Allosaurs are very similar to the Velociraptor, fast powerful and dangerous no matter how many there are.

It’s still early days for Island 359, CloudGate Studio has said the title will arrive on Steam Early Access this summer but no date has been confirmed yet. VRFocus will continue its coverage, reporting back with any new updates. 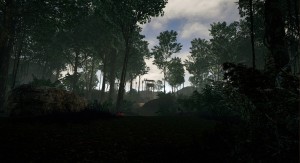 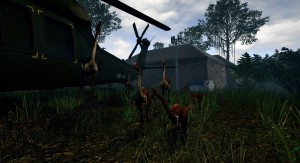 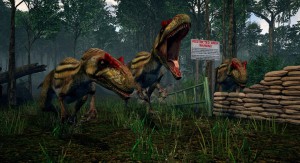