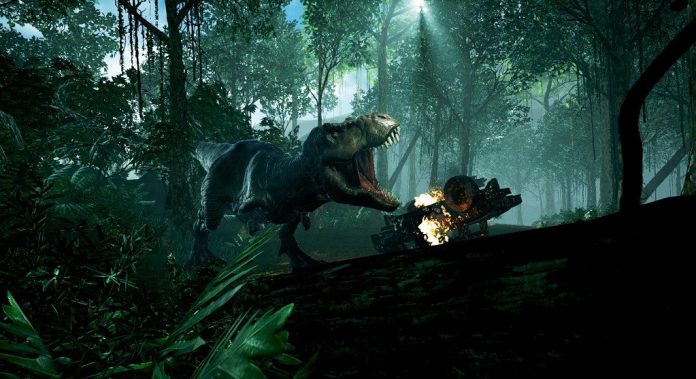 Set on a jungle strewn, seemingly undiscovered island you soon find that you’re not the first to venture here, uncovering guns, weapons and supplies from explorers that came before, but never left. Utilising whatever you can find, you must out-wit and out-fight the numerous creatures you uncover.

“We’re super excited to introduce Island 359 as CloudGate Studio’s first title,” said co-founder Jeremy Chapman. “From the weapons to the environment and believability of the dinos, we believe that Island 359 gives people an experience both with dinosaurs and in VR that they’ve never experienced before that will truly transport them to another world.”

“In our past VR experience, we were very lucky to be able to innovate in a way that really resonated with players,” said Steve Bowler, co-founder of CloudGate Studio. “As CloudGate, we’re looking to taking it a step further and to do things on VR that no one has ever tried or done before. We can’t wait to show people where we’re going next.”

Island 359 is due for release on Steam Early Access for the HTC Vive this summer. As further details are released VRFocus will bring you the latest.