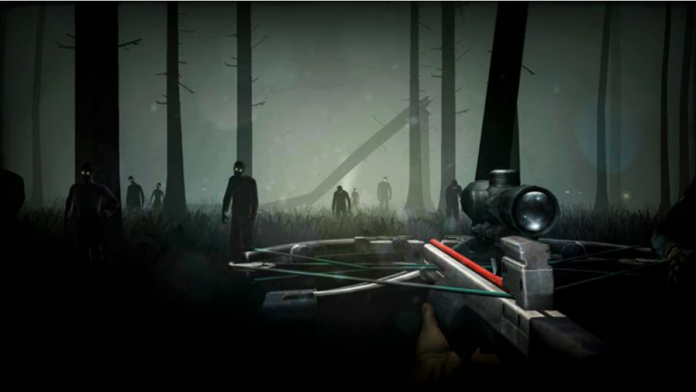 VRFocus has awarded a handful of 5/5 reviews to releases for the Gear VR mobile-based virtual reality (VR) head-mounted display (HMD) since its initial launch all the way back in December 2014. Among them is Into the Dead, a zombie-based first-person shooter (FPS) from a New Zealand publisher known as PikPok. Those that haven’t yet tried the mobile version of the title might want to hold off, however, as a ‘definitive version’ is on its way to the Oculus Rift PC-based HMD.

PikPok announced the news today. Into the Dead tasks players with surviving the zombie hordes using weapons such as crossbows, with a number of different game types to take part in. On PC, the experience has been improved with better visuals. The Gear VR version required a Bluetooth gamepad to be played, so expect this latest edition to support the Xbox One gamepad that comes with the Oculus Rift. The experience will be launching next month, with the Oculus Rift itself due for launch on 28th March 2016.

“Into the Dead is a cornerstone title in the PikPok portfolio, and the upcoming version for Oculus Rift will be our definitive version of the game,” said Mario Wynands, Managing Director of PikPok. “With the enthusiastic reception to Into the Dead for the Gear VR and the great support we’ve experienced from Oculus, we’re looking forward to both continuing our push into desktop and exploring VR further.”

Stay tuned to VRFocus for more on Into the Dead.

The post ‘Definitive version’ of Into the Dead Coming to Oculus Rift appeared first on VRFocus.