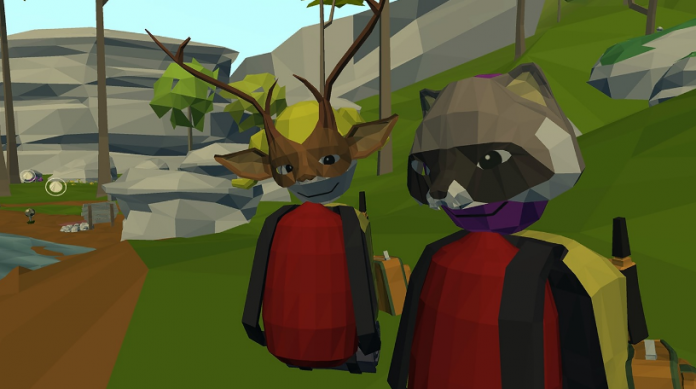 New releases for the Oculus Rift head-mounted display have been launched this week, including Anshar Wars 2, Final Approach: Pilot Edition and Black Hat Cooperative. If those weren’t enough then you can always head to the Early Access section of Oculus Home to find Daydream Blue.

With a striking low poly art style Daydream Blue is a first-person experience putting players in unique and colourful campsite environment. Inspired by RalphVR CEO Richie Hoagland’s experiences going up in Kentucky, players will be able to take part in activities such as playing golf, fishing, crafting items and more.

Originally an Oculus VR Jam winner back in 2015, Daydream Blue then launched on Samsung’s mobile virtual reality (VR) headset Gear VR. And in a surprise announcement during May’s Google I/O conference Richie Hoagland, CEO and Game Designer said: “We are thrilled to be achieving a major milestone on our journey by bringing Daydream Blue to Google’s Daydream.”

This Oculus Rift version includes all the same features as the original it also supports multiplayer and cross platform support, allowing both Rift and Gear VR users to jump into the same world. Not many titles currently offer this functionality, one of the biggest videogames to offer it recently was sci-fi space shooter Anshar Wars 2.

Daydream Blue can be purchased for $3.99 USD and is rated as comfortable for the majority of players.

VRFocus will continue its coverage of Oculus Rift reporting back with any further announcements.