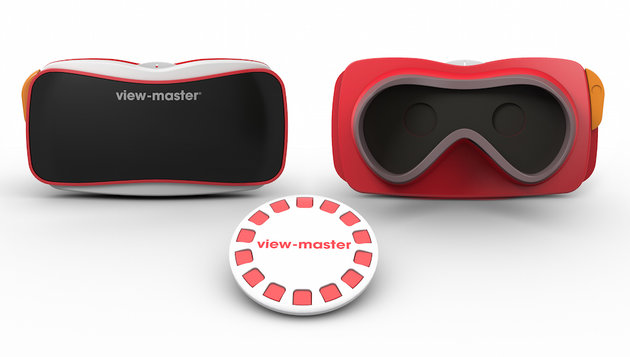 Google is helping drive the use of virtual reality (VR) technology within schools at present with several initiatives that utilise its Google Cardboard head-mounted display (HMD) concept. These low cost devices are bringing educational experiences to children like never before, and will hopefully be adopted on a widespread scale in the near future. Curiscope, a company currently running a Kickstarter crowd-funding campaign for its Virtuali-Tee shirt, is this week hosting a competition to bring more HMDs to schools.

The company is offering a total of 40 View-Master HMDs, a Google-sanctioned, plastic mobile-based kit made by Mattel, to be delivered to schools. To enter, you’ll need to either write the name of your school on Twitter with the hashtag #vr4schools and link to www.curiscope.com/virtualitee, or like the Curiscope Facebook page and comment on this post with your school’s name included. A total of 10 winners will be selected, with each school getting four units.

Only one entry per person will count although multiple students from the same school can enter. The competition runs from now until 31st March 2016 at 18:00 GMT. It’s open to schools in the UK, EU, US, Canada, Australia and New Zealand.

Virtuali-Tee, meanwhile, has a week left of its Kickstarter campaign and is nearing its funding goal of £70,000 GBP. The shirt is compatible with smartphones and mobile-based HMDs, allowing users to take a closer look at the inner workings of the human body.

Check back with VRFocus for the latest on VR education.