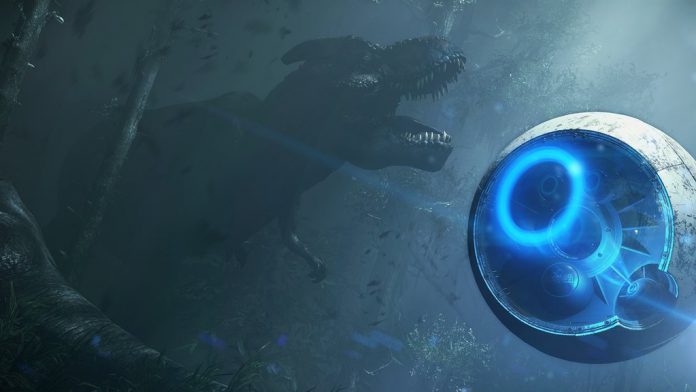 Crytek revealed the first footage from their forthcoming virtual reality (VR) videogame, Robinson: The Journey, at Sony Computer Entertainment Europe’s (SCEE) Paris Games Week press conference today, confirming that the title was in development for PlayStation VR. Following the event however, the company has since announced that it is in development only for the PlayStation 4’s head-mounted display (HMD), set to launch exclusively on the platform.

Crytek revealed as much in a press release issued a few moments ago. Discussing the value in bringing CRYENGINE to PlayStation VR, the press release states that Crytek’s new IP, Robinson: The Journey, will be made available, “exclusively to the upcoming PlayStation 4 virtual reality platform.”

Crytek’s Director of Production, David Bowman, said: “PlayStation VR is the ideal platform for Robinson: The Journey. Our work with Sony so far has made it clear that they want to deliver the most immersive and unique home VR experiences imaginable to gamers, and we’re working hard to make sure Robinson fits that description perfectly.”

Robinson: The Journey will invite players to become pioneers as they crash-land on a mysterious planet and set out to uncover the rich secrets it conceals. No release date has yet been set for Robinson: The Journey, though Crytek has previously informed VRFocus that it’s ‘some way off’. The announcement of an exclusivity agreement comes as something of a shock, as Crytek’s previous VR demos – including the popular Back to Dinosaur Island 2 – have all utilised Oculus Rift hardware. VRFocus will of course keep you updated with all the latest details on Robinson: The Journey and Crytek’s other efforts in VR.