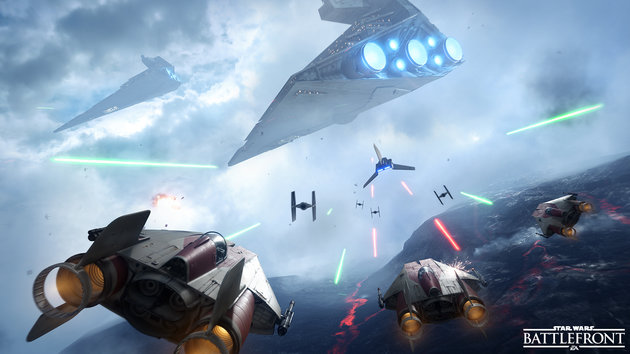 E3 2016 in Los Angeles has hardly started with the main bulk of the action starting during 14th – 16th June, but Electronic Arts (EA) has already kicked off the event with its conference.. It was announced during the conference that Criterion Games has been working with Dice to develop the newest Star Wars videogame, Star Wars: Battlefront.

EA briefly outlined its newest installments for the Star Wars franchise in its conference that took place in the Los Angeles Convention Center, and although there wasn’t much news to be taken away from it, there were a couple sneaky pieces of information thrown into the video showcasing what each of the developers and studios are working on. The CEO of Dice, a Stockholm, Sweden-based studio, was highlighting how they are moving forward with Battlefront, and it was said during the video that they have been developing in partnership with Criterion Games.

Although it has been a while since the developers of the Burnout and Need for Speed franchises, Criterion Games, has been reported on by VRFocus, it was talked about last year that the studio had plans on developing in VR, but there was not much since then has materialised. It was announced to E3s ago that Beyond Cars, a title where the player controls more than just cars, was in development, and it is still assumed that the videogame is still in development.

Most of what was mentioned wasn’t news as it was already known that the Star Wars title is being developed for the PlayStation VR, and that it is to be powered by Frostbite as announced during this year’s Game Developer Conference (GDC).

There will be more to be shared in time regarding the release date, so make sure to keep up with VRFocus for the latest news and updates on the series as well as for VR at E3.