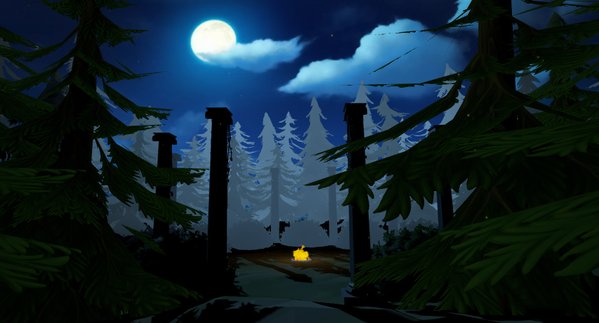 There are plenty of virtual reality (VR) developers out there right now planning what they believe to be the perfect social VR experience. But while many of these studios are talking about the future of this type of VR, ConvrgeVR is one of the few teams actually acting upon it. The group’s Convrge software has been open to Oculus Rift second development kit (DK2) head-mounted displays (HMD) owners for some time now, allowing people to meet up within a VR environment. Now the company is teasing some updates to the software’s lobby.

ConvrgeVR recently took to Twitter to post two images of an updated lobby, along with the simple message: “Working on something new here at Convrge. The new lobby is coming along.” The new lobby is similar to the campfire scene that’s featured in Convrge since the start, but appears to be updated with something of a visual makeover with the help of the Unity Engine. Compared with the blocky header image seen above, there’s a decidedly more realistic touch to this new art style. It’s not yet clear when this new version of the environment will be released.

Over the past year Convrge has been used to host numerous VR meetups, allowing people to gather either simply to chat or even watch events such as Oculus VR’s own press conferences and announcements. Players appear as floating heads within the experience that can be fashioned after popular characters.

VRFocus will continue to follow Convrge closely, reporting back with any further updates on the software. 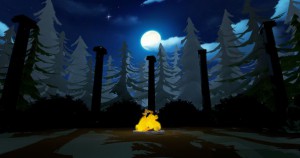