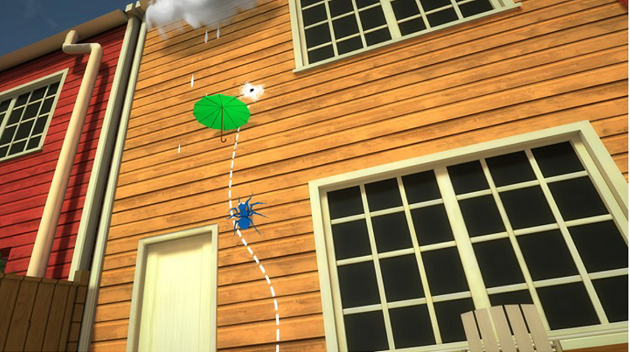 Researchers across the world have been trialling virtual reality (VR) for various therapeutic uses, and now, thanks to developer Mimerse a new app has arrived on Samsung’s Gear VR head-mounted display (HMD) for those with a fear of spiders.

Created in collaboration with world leading researchers at Stockholm University, Itsy is an exposure therapy videogame intended to help reduce the fear of spiders that some people have.

Itsy does this by getting players to complete tasks that involve them interacting with spiders. Coached by a virtual therapist players collect points as they progress and beat boss stages. While Itsy starts out easy going with cartoon spider designs as the videogame progresses, the intensity of the levels and the spiders design increases.

The title can be downloaded from the Oculus Store now for $2.99 USD, and doesn’t require a gamepad to play. Most people should find the VR experience comfortable, apart from the spiders.

VRFocus will continue its coverage of all the latest Gear VR releases, reporting back with the latest announcements.

The post Conquer Arachnophobia with Itsy on Gear VR appeared first on VRFocus.