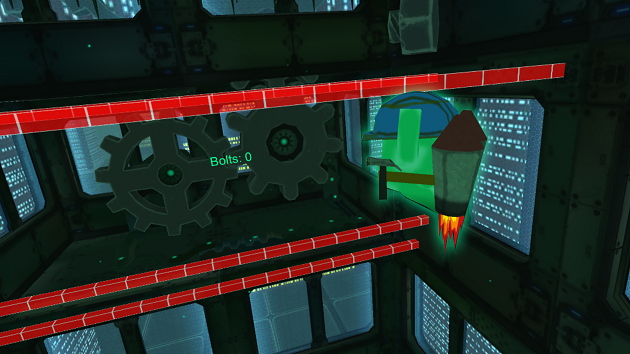 Earlier in the year Oculus VR hosted an official development jam competition for its Gear VR mobile-based virtual reality (VR) head-mounted display (HMD), made in partnership with Samsung. The event saw a wide range of developers come up with brand new content for the device. One such developer was Peter Fisher, who entered a third-person title named Cityscape Repairman, which itself was a spinoff to the developer’s Leap Motion 3D Jam experience, Cityscape. Today, however, the full version of Fisher’s title has arrived on the Gear VR store.

Playing out as both a first and third-person experience, Cityscape Repairman features 13 levels in which players will be tasked with repairing and replacing broken items within a huge infrastructure. This will involve solving puzzles as well as fending off enemy robots. The title arrives under the banner of Khora ApS, a VR content creation company, which is also working on bringing the experience to the HTC Vive on PC, complete with support for Valve’s Room Scale user tracking feature.

VRFocus will continue to follow Khora ApS’ work in VR closely, reporting back with the latest updates from the company.