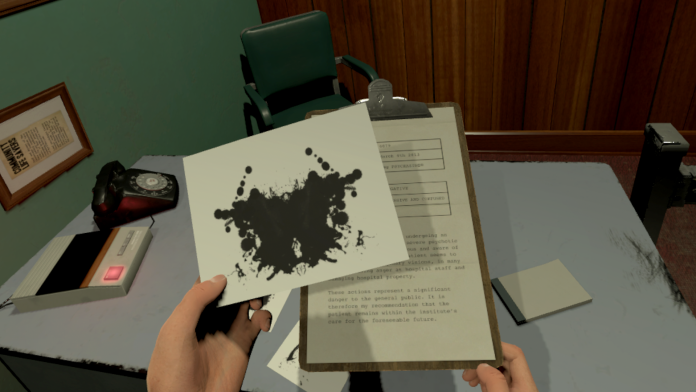 Virtual reality (VR) technology is great for horror. It doesn’t take long with a head-mounted display (HMD) to realise this, and developers have quickly acted upon that potential. One of the most exciting horror experiences on the horizon is A Chair in A Room: Greenwater for the HTC Vive, which expands on the popular Oculus Rift and Google Cardboard demos from 2014. However, developer Wolf & Wood knows that terrifying people with VR ‘jump scares’ can be ‘pretty dangerous’, and is working to make sure its gets the horror just right.

“Yeah, I think scaring people, especially with jump scares, in VR is pretty dangerous,” Chair in A Room creator Ryan Bousfield told VRFocus in an interview that will be published in full early next week. “I think overall with the design it’s got to be satisfying as the build-up, the tension with the audio, with the story, everything needs to be there. And then, every now and again, just drop something in there that relieves that tension a little bit, maybe gives you a little bit of a jump. But, overall, in the game itself, there’s only really– without putting the spoilers in there – there’s only a handful of jump scares.”

He continued, talking about how people have different reactions to the title, noting that some people even ‘cower down and go into a corner’ testing it out, while others ‘power through’ the scares.

“So it’s a quite different response for getting a balance and satisfying the people who want that experience and keep the people who are a lot more involved,” Bousfield later added. “They have to have an interest to carry on. I think the horror is a mixture of the music, the build-up, the tension, the symbolism. So there’s kind of psychological elements where you’re not sure who to trust and who not to trust, why you’re doing certain things. Do you have to tick every box and do everything you’re told in the game or do you go against it?”

Oculus Rift creator Oculus VR itself recently noted that it was ‘strongly discouraging‘ developers from creating jump scares in VR. Stay tuned to VRFocus for the latest updates on A Chair in A Room: Greenwater.