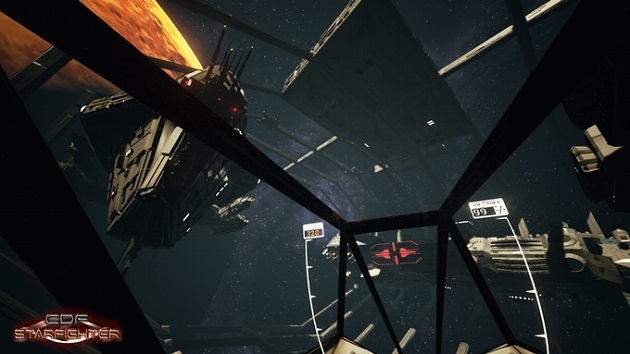 Indie developer MAG Studios launched a crowd funding campaign earlier this month on Kickstarter to help finish the development of CDF Starfighter a virtual reality (VR) space combat simulator. The developer has updated its funding page to reveal the cancellation of the campaign on Kickstarter. MAG Studios haven’t given up though, as the project is now seeking funding through IndieGoGo and a more flexible approach.

MAG Studios wrote on its update page: “Hi everyone, first I would like to thank our backers before I announce that we have cancelled the funding campaign.  The rest of the team agree that our first week is too far off our target for us to have any realistic hope of reaching our target.”

“We just don’t have the exposure to get enough people to our campaign. We have worked hard to get a thousand views over the last week, and with no press coverage we can not get the attention we need to be in with a chance of reaching our goal. The future of CDF starfighter is unclear at this moment in time, we have moved our final 3 weeks left over to IndieGoGo with a flexible campaign so we can see how much we will have to work with.”

With the flexible campaign on IndieGoGo the developer is still aiming for a goal of £25,000 GBP, but it will receive any funding raised rather than none if the campaign fails.

VRFocus will continue to follow the progress of MAG Studios’ CDF Starfighter as it continues to seek new funding.